We have eyes and ears everywhere in Washington, D.C., so it was only a matter of time until President Trump’s “Celebration of America” program leaked and was placed in our grubby little hands by one of our various little birdies flittering and fluttering around the halls of the White House.

After realizing only a handful of Eagles could stomach being within a 100-yard proximity of Trump, the commander in chief abruptly cancelled the Eagles planned visit to the White House this afternoon for their Super Bowl LII victory.

His reasons? The usual “let’s throw some shit about the National Anthem and NFL protests against the wall” to see what sticks.

The Philadelphia Eagles Football Team was invited to the White House. Unfortunately, only a small number of players decided to come, and we canceled the event. Staying in the Locker Room for the playing of our National Anthem is as disrespectful to our country as kneeling. Sorry!

We will proudly be playing the National Anthem and other wonderful music celebrating our Country today at 3 P.M., The White House, with the United States Marine Band and the United States Army Chorus. Honoring America! NFL, no escaping to Locker Rooms!

Sounds like a fun event! I’m sure nobody will be disappointed that they get to see jowly Trump in all his pasty glory trudging across the White House lawn instead of their Philadelphia Eagles heroes.

If you’re planning on going down to D.C. for the “big” celebration this afternoon, here’s the leaked series of events for the program.

END_OF_DOCUMENT_TOKEN_TO_BE_REPLACED

(I wrote this last week after Trump took part in the turkey pardon…never got around to posting it. Enjoy!)

Every year, while thousands of turkeys are killed for Thanksgiving, the president pardons a turkey of his own to be spared the ax during the holiday season. It’s a delightful piece of pomp and circumstance where children are taught a valuable lesson that the most gorgeous and appealing of us are rewarded, while the rest of us slobs are doomed to live out the rest of our days wallowing in our filth, with only the reprieve of death to look forward to.

President Trump continued the tradition yesterday and pardoned Wishbone and Drumstick, two lovely turkeys who will no doubt levy sexual harassment charges against the president in the near future.

It’s an interesting tradition…wiping a turkey’s slate clean and sparing them from any harm. But other than being delightful to look at, did any of these turkeys actually DO anything worthwhile to be pardoned? Who is ever worthy of a pardon?

Is anyone worthy of a pardon that Philadelphia and its fans have sentenced to death? This city has sentenced so many of its own athletes, coaches and media members to the gas chamber over the years…but are any of them worthy of a call from the governor before midnight strikes?

END_OF_DOCUMENT_TOKEN_TO_BE_REPLACED

Donald Trump Jr. has found himself in hot water this morning after he released a four-page email chain in which the son of President Donald Trump apparently discussed the “overblown hype” the media had bestowed on uber-popular 76ers center Joel Embiid.

Trump Jr. released the following statement on his twitter account after several media outlets published stories alluding to his damning conversation about the transcendent talent that will elevate the 76ers to glorious heights the likes of which 76ers fans have never seen:

“To everyone, in order to be transparent, I am releasing the entire chain of emails I had with Ron Goldstone on June 23, 2017, a day after the NBA draft, who was relating a request from Emin, a person I knew from the 2013 Russian Basketball Super League 1, who offered to provide me with crucial analytical evidence that proved Joel Embiid did not deserve to win the NBA rookie of the year award and would be a middling center for the Philadelphia 76ers.”

The emails are included after the jump:

END_OF_DOCUMENT_TOKEN_TO_BE_REPLACED

Sources are reporting that the Philadelphia Eagles will make a hard run at defensive lineman Ted Cruz (R-Texas) when free agency opens on Thursday, March 9.

Citing a need for a “big ol’ body to plug up the middle of the line,” Eagles Executive Vice President of Football Operations Howie Roseman said Cruz could be exactly what the line needs to stuff the run on early downs.

END_OF_DOCUMENT_TOKEN_TO_BE_REPLACED

Trump on his inauguration day.

Washington, DC – Donald Trump’s presidency has already started off on a controversial foot, as the president-elect spent an inordinate amount of time during the ceremony and Oath of Office praising the decision to keep the 76ers talented, young center Joel Embiid off of the Eastern Conference’s all-star roster.

Trump ensured an awkward beginning to his term during the Oath of Office, when he decided it necessary to tack on a comment to end of the sacred oath.

“I do solemnly swear that I will faithfully execute the Office of President of the United States, and will to the best of my ability, preserve, protect and defend the Constitution of the United States, and to uphold the will of the people to keep Joel Embiid out of the 2017 NBA All-Star game,” Trump said, as a murmur spread through the near 800,000 witnesses to the inauguration.

His comment was forgotten quickly, however, as those in attendance believed they misheard the 45th President’s comments.

END_OF_DOCUMENT_TOKEN_TO_BE_REPLACED

At this point in the Eagles season I need to take a long, hard look at what I’m doing with my free time. Wasting four hours of my life to watch the Eagles fuck their way through an afternoon shouldn’t be an option anymore. Just imagine what I could have done with those four hours…I could have re-caulked my bathroom appliances, taken a nap, soundproofed my sex dungeon…anything would have been better than watching Nelson Agholor have a stroke on the field in front of a national TV audience.

Maybe we should slowly start transitioning ourselves over to a politics based website?

DID YOU SEE WHAT TRUMP TWEETED? What a prick! Hey, we’re halfway there.

END_OF_DOCUMENT_TOKEN_TO_BE_REPLACED

I guess being so poor at picking games is softened by this country slowly moving down a conveyor belt hovering over rapidly spinning thresher blades. It’s only a matter of time, people, before we see the four horsemen of the apocalypse riding roughshod through the sky. IT’S THE END OF DAYS, REPENT, REPENT FOR ALL YOUR WORTH YOU NONBELIEVERS.

But hey, Eagles this weekend! Eagles! 4-4 and teetering on the edge of the volcano with the high-powered Falcons offense coming to town. What’s a conservative estimate for Julio Jones’s performance this Sunday? 180 yards and 2 touchdowns? I’ll consider it a victory for the Eagles horrendous secondary if he stays under 200 yards receiving.

Anyways, somehow this game is a pick-em. I figure we’d reach out to someone who is on Cloud 9 after Donald’s big victory this week to give us his prediction for the Eagles game at 1 p.m. on Sunday.

END_OF_DOCUMENT_TOKEN_TO_BE_REPLACED

I swear this is the last political post I’ll make in lieu of the 2016 election finally coming to a close. I’m sick of it, I’m sick of people arguing about it, and it’s time to move forward.

But damnit, there’s one thing stemming from this that still bothers me.

Jason Myrtetus, a producer of Mike Missanelli’s afternoon drive show on 97.5 the Fanatic, decided to tell listeners yesterday that he decided not to vote in the 2016 election.

Was he too busy creating a new, fake racist caller to replace Dwayne from Swedesboro? Maybe there was a two for one sale on turtle wax at his local Walmart and he had to stock up to keep his head nice and buffed?

END_OF_DOCUMENT_TOKEN_TO_BE_REPLACED

With the stunning news that Donald Trump upset Hillary Clinton in last night’s presidential election, the future First Lady Melania Trump leaked a portion of her victory speech to the media this morning.

Trump will likely deliver the speech today or tomorrow. Here is the newly released excerpt:

END_OF_DOCUMENT_TOKEN_TO_BE_REPLACED 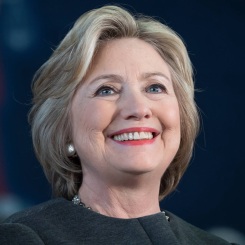 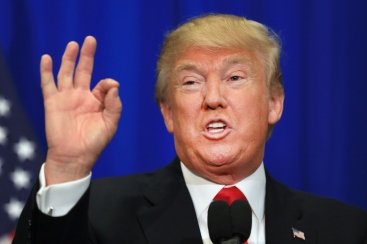 That finally tipped me off that something was going on.

Is it for President? Oh Jesus Christ it’s for president, isn’t it? Everyone is going to think I’m an IDIOT when I don’t share my opinion. Fuck fuck fuck fuck fuck fuck fuck. Who is even running? Ok, don’t panic, we can fake our way out of this, just go to Google.