10-years -ago today Chase Utley dropped an F-Bomb this city had been looking forward to for 28 years. “World champions……WORLD FUCKING CHAMPIONS!”

10-years-ago at the same time, instead of being shitfaced drunk with my loser friends and going insane in the streets of Philadelphia, I was wearing a pair of old ratty khakis, a $20 polo shirt, and wondering if the shards of my computer screen would mercifully slice through my jugular after I smashed my head through the machine.

Yes. I had to work the day of the Phillies parade, the first championship I had witnessed in my then 26-years of existence because I was far too much of a pussy to tell my boss I wouldn’t be working that day.

In the words of Robert Durst, “WHAT A DISASTER.”

END_OF_DOCUMENT_TOKEN_TO_BE_REPLACED

Thoughts and prayers to Mike Missanelli.

Philadelphia, PA – Afternoon sports talk host Mike Missanelli is clinging to life at Thomas Jefferson University Hospital today after being admitted for a “massive event,” which doctors are theorizing came as a result from watching Chase Utley receive not one, but two curtain calls in his return to Philadelphia.

Lead cardiac surgeon Ronald JcMickon told Coggin reporters that Missanelli was stable, but it was “touch and go” for many hours after he was transported to the hospital.

Sources confirmed Missanelli was clutching a Sopranos season three box set on his hands when he arrived at Jefferson Hospital and was attempting to pray to it like an old Jesuit woman clutching a Rosary.

“From what we gather, Mr. Missanelli had a major reaction to tonight’s Phillies game. He seemed to take great disdain in Philadelphia fans experiencing a moment of joy for a returning Chase Utley and deemed it inappropriate that he received several curtain calls throughout the game. He’s currently in a coma and we’re not sure if he’ll ever walk again,” JcMickon said.

“He seemed to really be in pain after watching so many others experience such a joyful moment. I don’t get it, personally. How could you not enjoy that moment? Utley gave this city so many great moments of the years….it’s only right and appropriate to praise him on his return. I guess Mr. Missanelli just didn’t see it that way.”

A hospital employee provided the Coggin with a copy of the security tape from last night at 11:35 p.m. The following is a transcript of his interaction with the admitting doctor. Warning….it is disturbing:

END_OF_DOCUMENT_TOKEN_TO_BE_REPLACED

::sighs:: What a dreamboat.

Chase Utley makes his triumphant return to Citizen’s Bank Park tonight for the first time since being traded to the Los Angeles Dodgers last year.

The beloved second baseman hasn’t forgotten his roots in Philadelphia while playing out the remaining years of his career in sunny LA, so the hard-nosed athlete reportedly took out an advertisement that will appear in all evening editions of the local newspapers thanking the fans upon his return.

Don’t ask how, but we were able to procure a copy of Utley’s ad BEFORE it is to be printed in the papers. We had to do…well…things we’re frankly not proud of. Probably won’t be able to look into a mirror for a long time after this one and I know, personally, that I won’t be able to meet the eyes of my wife or son for many days….but it’s all worth it to get the scoop of the baseball season!

END_OF_DOCUMENT_TOKEN_TO_BE_REPLACED

Los Angeles, Calif. – Chase Utley, a man of few words who lets his actions do the talking, really fucked the Phillies the right way last night in front of thousands of Dodgers fans and Phillies fans on television.

Not known for his flashy style, the gritty second baseman lashed a home run to right field in his first game against his old team. While it may have been tempting to flaunt his success and rub his good fortune in the face of the franchise that traded him away, Utley simply kept his head down while he fucked the Phillies long and deep.

END_OF_DOCUMENT_TOKEN_TO_BE_REPLACED

I would say we are, yes.

2015 is the worst year I can remember experiencing in this city. The Phillies lose close to 100 games, the Eagles miss out on the playoffs with one of the most HATEABLE rosters in franchise history, the 76ers are historically terrible, and the Flyers are far and away the only bright spot in the city and they’re three games over .500.

It has not been a great year for sports in this city.

END_OF_DOCUMENT_TOKEN_TO_BE_REPLACED 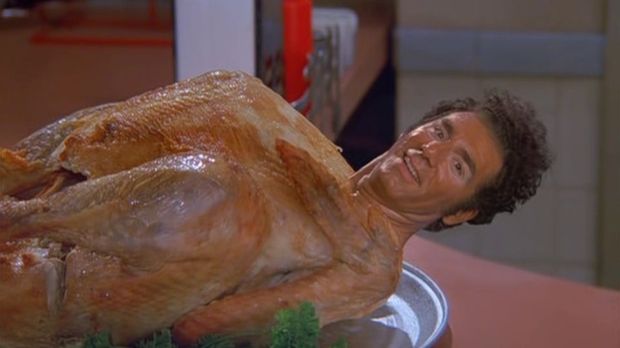 Happy Thanksgiving from The Coggin Toboggan!

While you’re enjoying your turkey and hanging out with your family, just remember that some of us are squatting in the basements of vacant homes, stealing internet from a nearby children’s hospital and plotting our revenge against ALL WHO HAVE WRONGED US.

Enjoy some of the favorite articles we’ve written in the last year.

John Chaney appears in Owls locker room at half, gives speech, disappears into the fog. 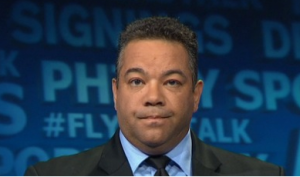 Marcus Hayes, blowhard journalist who writes for the Daily News, has long held a grudge against Chase Utley for reasons unknown to anyone in this city. Hayes criticized Utley for his use of profanity in the 2008 World Series Championship Parade and for his declining play. In addition, Hayes felt there was a lack of “criticism” directed at Utley from the Philadelphia fan base, when, in his opinion, black players such as Jimmy Rollins and Ryan Howard were criticized on a daily basis.

Hayes, to the surprise of nobody, continued his criticism of Utley after Saturday night’s incident that saw Utley break Ruben Tejada’s leg during a double play turn. For the past 24 hours Hayes has taken to his Twitter account to denounce Utley’s “dirty” play.

END_OF_DOCUMENT_TOKEN_TO_BE_REPLACED

My Tweets
The Coggin Toboggan
Blog at WordPress.com.