QUICK. Without looking it up, can you tell me how the Flyers season ended two years ago? Can you even tell me how their season ended LAST year? Did they make the playoffs? Was that the year Steve Mason let in a 90-foot goal against the Rangers? Or was that they year they lost in seven games to the Rangers? Didn’t they get swept by the Capitals a few seasons ago? Or was that the season they fall apart after a 10-game win streak in January and missed the playoffs, or does that happen every year?

Is Maxime Oullet EVER coming up to be the Flyers goalie of the century?

Outside of the miraculous, out of nowhere Stanley Cup run in 2010, the last 20 years of the Flyers franchise have been one long singular blur of wasted opportunities, wasted primes, and first round playoff flame-outs. The only singular identity this team has had over that period of time is the comically inept ability ability to find a franchise goalie since Ron Hextall left for the second time in the late 90s.

Ironically, the one time they actually found a young, franchise-worthy goalie they shipped his ass out of town and signed Ilya Bryzgalov to a 35-year, $250 million contract (or maybe it just seemed that long and expensive).

Watching this current team lose in overtime yesterday to the Pittsburgh Penguins as two goalies I’ve never heard of traded opportunities to blow several leads, I realized that during my adult life the majority of seasons for the Flyers have played out exactly the same.

They’re just there, in the background of our fandom. Nothing but ambient noise. No more, no less.

END_OF_DOCUMENT_TOKEN_TO_BE_REPLACED

Second year head coach Dave Hakstol is looking to improve upon a successful, inaugural season behind the Flyers bench.

But what can be expected of the second year coach? What are the pros and cons of the man who only has one year of experience?

The Coggin Toboggan is going to delve into what Dave Hakstol brings to the table and what the coach can improve upon in the 2016-2017 season.

END_OF_DOCUMENT_TOKEN_TO_BE_REPLACED

God he is PISSED.

Philadelphia, PA – Teammates practicing at the Flyers Skate Zone yesterday were tipped off to Claude Giroux’s snub from Team Canada for the upcoming World Cup of Hockey as they were greeted by the captain “really going to town” on the punching bag set up in the facility’s fitness center.

Several were surprised to see Giroux reportedly “wailing” on the piece of exercise equipment before the scheduled practice.

END_OF_DOCUMENT_TOKEN_TO_BE_REPLACED

Philadelphia, PA – An eerie feeling came over the Flyers Skate Zone yesterday, almost as if every single active member of the roster suddenly realized that without the Eagles to occupy most of the city’s attention, they would now be the prime source of hope and attention for the city’s rabid fan base.

An ashen faced Claude Giroux addressed the media after a sloppy practice, where it was evident the entire team had reached the same epiphany and were already crumbling under the weight of Philadelphia’s expectations.

END_OF_DOCUMENT_TOKEN_TO_BE_REPLACED 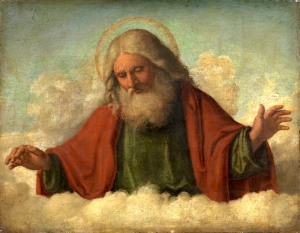 The Afterlife – High atop a throne of clouds, God, ruler of all things Holy, commented on a recent Reddit thread that asked if fans believed he was “punishing” the City of Philadelphia’s sport teams for cutting Tim Tebow.

The thread, which can be seen here, has garnered hundreds of responses from local fans.

God vehemently denied said rumors, but mentioned he was “most certainly punishing” Philadelphia.

END_OF_DOCUMENT_TOKEN_TO_BE_REPLACED

Philadelphia, PA – Disgusted by the 15 minutes he watched of the Flyers 5-2 loss on Thursday night against the Washington Capitals, Kenneth Franklin, 49, dropped a bombshell of an idea on his drinking buddy as the two exited McGlinchey’s Bar after a few beers.

Franklin, who has never played a minute of hockey in his life and watches the game sporadically throughout the season when the 76ers are not on TV, levied an idea that would bring the franchise to its knees with its brazenness.

END_OF_DOCUMENT_TOKEN_TO_BE_REPLACED

I’ve watched 16 minutes of the first period of the Flyers game against the Edmonton Oilers, who are 4-8, and have outshot the Flyers by 16-2 so far.

The Eagles are so bad this season the fan base practically begged the Eagles to seriously consider parting ways with draft picks to trade for Colin Kaepernick. Kaepernick was benched this week in favor of backup QB Blaine Gabbert, the very same Blaine Gabbert who has thrown more interceptions in his professional career than touchdowns.

They want him to replace Sam Bradford. Bradford has the longest sleeves in the NFL. That’s the only positive you can mention about him this season.

It’s going to be a shitty winter. Perhaps Phil Connors said it best, “I’ll give you a winter prediction: It’s gonna be cold, it’s gonna be grey, and it’s gonna last you for the rest of your life.”

END_OF_DOCUMENT_TOKEN_TO_BE_REPLACED

Philadelphia, PA – Coming off an emotional, 4-2 victory against division rival New York Rangers Saturday night, the Flyers again played down to an inferior opponent and lost to their wives 4-1 during the annual Flyers Wives Fight for Lives Carnival on Sunday, March 1.

Nicole Warnecke, longtime girlfriend of Jakub Voracek, scored two goals for the wives and girlfriends during the annual ice hockey game which concluded the annual carnival.

“It was great to get out there and skate with the boys, hopefully they’ll be able to recover from this loss though and lead the team into the playoffs,” Warnecke said. “Sure they lost out on 2 points today, but we were super proud of their effort and we know they’ll bounce back.”

Keshia Chante, Ray Emery’s longtime girlfriend from Chicago, outplayed Steve Mason and kept the wives in the game as the Flyers peppered her with shots all afternoon.

“What can I say. They gave us a great game and came out on top. It was a great opportunity to gain some ground on the Bruins and the Panthers for that final playoff spot and we just blew it. Hats off to the wives, they were just better than us today,” Claude Giroux said.

Hali MacDonald, wife of Andrew MacDonald, stifled Giroux and Voracek all afternoon with vicious back checking and hard nosed play. Her husband, Andrew, was scratched from the game.

“Yeah, it’s umm…umm….it’s going to be really tough….oh god guys give me a few seconds here,” Giroux said, trying not to break down in fits of laughter as he tried to form a coherent response. “Woo….just have to get through this. Why are we even talking about this? I mean, how are we EVER going to get by without Zac? I mean, 4 points and a -7 in 36 games this season, yeah, who is going to be able to put up those numbers.”

Giroux audibly chortled several times during his address to the press, his face turning beet red during several moments as he tried to stop from laughing.

Giroux finally couldn’t contain himself and laughed for three-minutes straight after Sam Charchidi asked him if any of the younger players on the team would be able to fill Rinaldo’s shoes for eight games.

“I think Frank Bialowas could strap on skates at this point and at least hover around a -7, and I heard he couldn’t even skate backwards,” Giroux said, punctuating his response by flipping off Charchidi for 25 uninterrupted seconds.

The last time Giroux had such a difficult time getting through a press conference was when Randy Miller asked him if he thought Dan Carcillo was the “heart and soul” of the 2009 roster.