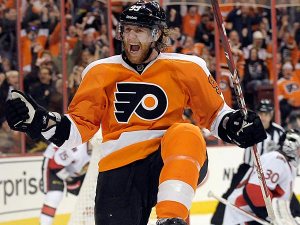 Do it for Jake, Sully.

OH MY GOD, SULLY, DID YOU FUCKING SEE THAT? Sully, put down your Bud Plat, did you fucking see that son? Jake Voracek just TOTALLY WENT TOP TITS to win the game!

I know it’s 2 for 1 at the Tap and Cap and you’ve got your mind on some prime trim from the Gamma house, but you’ve got to look at this SWEET goal by Jake the Snake! He just hustled up, got the puck from the board, spun around, and totally made some dude on the Caps his bitch buy burying a goal TOP TITS and winning the game for the Fly Guys.

END_OF_DOCUMENT_TOKEN_TO_BE_REPLACED 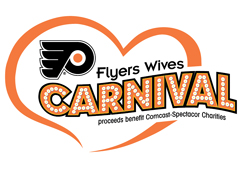 Philadelphia, PA – Coming off an emotional, 4-2 victory against division rival New York Rangers Saturday night, the Flyers again played down to an inferior opponent and lost to their wives 4-1 during the annual Flyers Wives Fight for Lives Carnival on Sunday, March 1.

Nicole Warnecke, longtime girlfriend of Jakub Voracek, scored two goals for the wives and girlfriends during the annual ice hockey game which concluded the annual carnival.

“It was great to get out there and skate with the boys, hopefully they’ll be able to recover from this loss though and lead the team into the playoffs,” Warnecke said. “Sure they lost out on 2 points today, but we were super proud of their effort and we know they’ll bounce back.”

Keshia Chante, Ray Emery’s longtime girlfriend from Chicago, outplayed Steve Mason and kept the wives in the game as the Flyers peppered her with shots all afternoon.

“What can I say. They gave us a great game and came out on top. It was a great opportunity to gain some ground on the Bruins and the Panthers for that final playoff spot and we just blew it. Hats off to the wives, they were just better than us today,” Claude Giroux said.

Hali MacDonald, wife of Andrew MacDonald, stifled Giroux and Voracek all afternoon with vicious back checking and hard nosed play. Her husband, Andrew, was scratched from the game.