Yachting loafers, sailing shoes and boat shoes were kicked through televisions at an alarmingly high rate Saturday afternoon, correlating with the stunning upset of #1 Villanova by #8 Wisconsin in the NCAA March Madness tournament.

Reports coming in to the Coggin show brands of Sperrys, Nubuck Deck Shoes, Barque Deck Shoes and Cole Haan Boothbay Boat shoes were sent hurtling into 80-inch flat screen televisions at a shocking rate at the conclusion of Villanova’s 65-62 loss.

END_OF_DOCUMENT_TOKEN_TO_BE_REPLACED

Talented Flyers defenseman Shayne Gostisbehere was seen being escorted out of the Flyers practice facility in handcuffs this morning, as several federal agents led him to an unmarked black van as head coach Dave Hakstol looked on disapprovingly.

Gostibehere’s running afoul of the FBI was reportedly Hakstol’s doing, as the head coach made several calls to the federal agency earlier this week to make them aware of Gostibehere’s involvement running an NCAA March Madness pool for his teammates.

END_OF_DOCUMENT_TOKEN_TO_BE_REPLACED

Wielding a sparkling, double-edge axe passed down from his great grand pappy, the silent Dunphy has reportedly chopped down several conifers and a fully grown pine during the six hour marathon session.

END_OF_DOCUMENT_TOKEN_TO_BE_REPLACED

You woke up this morning at 8:20 a.m., all psyched to watch the games, but  the unfortunate news is that your NCAA tournament bracket, the one you spent hours researching and getting just right, has somehow already been busted.

You’re already mathematically eliminated from every pool you entered. Sorry about that.

The $25 per bracket you didn’t think twice about spending before the tournament started? It would have been better off being put in the bank, or donated to the homeless, or maybe put into a stock that would have paid out sweetly in 5 to 10 years. Maybe you would have gotten lucky and it would have supported your family for years to come. Guess you’ll never know now.

END_OF_DOCUMENT_TOKEN_TO_BE_REPLACED

Our NCAA specialist is back, baby!

Robert Durst, member of the famed Durst real estate family in New York City, is back to help us pick March Madness games in 2016. His resume was quite impressive, as he noted that he served as ESPN’s primary basketball handicapper for several years in the early 1980s and 2000s.

Durst has run afoul of the law since last year, but he’s assured us that it is only a “misunderstanding” and he’ll soon be cleared of all charges. Franky, we can’t see why this affable and charming man has been jailed in the first place!

He’s assured us that he has had no prior run ins with the law before the difficulties last year.

Typically charging an arm and a leg for his services, Durst has slashed his prices for the Toboggan and will be checking in before each round to give his unique take on the upcoming games.

END_OF_DOCUMENT_TOKEN_TO_BE_REPLACED

However, after several minutes it became quite obvious that Dunphy had taken 99% of the speech from the 1986 movie “Hoosiers” starring Gene Hackman.

END_OF_DOCUMENT_TOKEN_TO_BE_REPLACED

Philadelphia, PA – After a disappointing Big East championship weekend, #2 seed Villanova looks to be in “vintage” form for the upcoming NCAA Championship tournament.

Steamrolling through the earlier rounds, the heavily favorited Villanova squad fell 69-67 in the Big East Championship round against Seton Hall.

END_OF_DOCUMENT_TOKEN_TO_BE_REPLACED 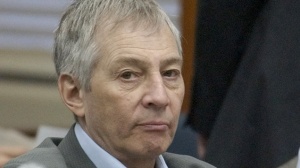 If Robert Durst knows one thing and one thing only, it’s mens college basketball.

Robert Durst, member of the famed Durst real estate family in New York City, will be helping us pick March Madness games this year. His resume was quite impressive, as he noted that he served as ESPN’s primary basketball handicapper for several years in the early 1980s and 2000s. We haven’t been able to get in touch with Robert since Saturday, but we’re happy to have him aboard!

Typically charging an arm and a leg for his services, Durst has slashed his prices for the Toboggan and will be checking in before each round to give his unique take on the upcoming games.

Robert Durst: Well, there it is. You’re caught. You’re right of course, should have listened to everyone else and not picked Virginia to get to the finals. What a disaster. They were right, I was wrong….and the burping. I can’t stop. Stupid Virginia, why did I pick them to get to the finals? I’ll never get over this. What the hell did I do?

I’ve never been more disappointed in my life than yesterday. Not even when Barbara was killed by me…I don’t mean “me” of course, I was talking about the journalistic “me,” the “me” in all of us, you know what I mean. ::blinking uncontrollably::

So I’m over it. Whatever. I’ll make sure that coach will never disappoint me again. Maybe even some of his players.

But on to better things. On to the Sweet 16. If I had to bet someone’s life on these games, I’d suggest taking a long hard look at Wichita over Notre Dame. Wichita St. absolutely murdered Kansas yesterday afternoon, ripping the hearts out of their fans.

The CT: Thank you Mr. Durst.

Robert Durst: May I use the bathroom?

The CT: Of course sir, it’s two doors down to the left. Please make sure you take off your microphone before going into the bathroom, you do remember what happened last time.

::Leaves the room, pulls out his own microphone::

Robert Durst: I can’t wait to kill them all.