As reported by Crossing Broad, Mike Missanelli, paranoid android and 97.5 the Fanatic host, took to the airwaves last Friday afternoon and floated an extremely sane theory about how his former producer, and now 94 WIP host, Jon Marks created fake twitter accounts to criticize his show and spread rumors about the Fanatic’s annual “Fantasy Fest” event.

Missanelli discussed a rumor that “Fantasy Fest” didn’t allow women to attend. Of course women allowed to attend the event, it’s a free country, they can do what they want! Most, however, are smart enough to realize that attending an event with hundreds of BO ridden, drunken sports talk fans isn’t the most entertaining way to spend a Saturday in the summer.

Here’s Missanelli explaining to his show producers how jet fuel can’t sustain a fire hot enough to melt steel girders and how Jon Marks is ruining his life. Please note the very hip and up-to-date slang Missanelli employs to connect with a younger audience (transcript from Crossing Broad):

Mike: “I guarantee you that was started by the other station and their insecurities, because I have seen fake Twitter accounts that rip this show and laud that other show, little Skippy over there that used to be my producer, I’ve been told is behind some fake accounts.”

Mike: “Yeah. So when you resort to creating fake accounts like Barbara Bottini, to rip the show, that shows a level of desperation. That means you’re a V.L.T.”

Tyrone: “That also means that have a PhD, which is a player hater’s degree.”

Mike: “Yeah. Listen, I know you’re desperate, because you are a V.L.T. But come on, fake twitter accounts? Come on.”

I ordered a VLT at a diner the other day…mama mia, you can’t go wrong.

I decided to put on my journalism hat, Ringer style, and delve into the seedy underbelly of Twitter to identify just how many fake Twitter accounts Marks has created to rip Missanelli.

END_OF_DOCUMENT_TOKEN_TO_BE_REPLACED

Jon Marks is leaving 97.5 FM for a new career opportunity.

Philadelphia, PA – Sources have confirmed that Jon Marks, a co-host and producer of the morning show at 97.5 the Fanatic, will be leaving the show and the sports talk station when his contract expires on Oct. 20.

Marks will finish out his contract and will remain on air until October.

However, Marks has already announced his next project, as he’ll launch a website dedicated to helping employees who have problems with bullies at their place of business.

“We really want to help those who face bullying day in and day out at their own jobs. Nobody should have to face bullying on a daily basis, especially those of us who are of middle aged and realize this isn’t high school anymore,” Marks said.

END_OF_DOCUMENT_TOKEN_TO_BE_REPLACED 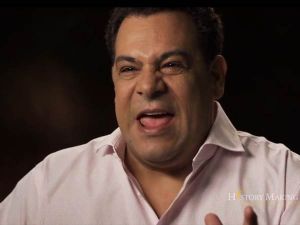 The popular segment, which sees Gargano and the 97.5 Morning Crew interview a former Philadelphia athlete from the past, is actually held in a real meat locker cooled down to -5 degrees Fahrenheit.

END_OF_DOCUMENT_TOKEN_TO_BE_REPLACED

Philadelphia, PA – The members of the 97.5 FM Morning Show team offered listeners their predictions for the Eagles 2016-2017 season record a day after the team schedules were announced.

Host Anthony Gargano predicted the Eagles would finish their season at a record of 7-9, but announced his decision to change his prediction roughly 5,000 times before the season actually begins this September.

END_OF_DOCUMENT_TOKEN_TO_BE_REPLACED 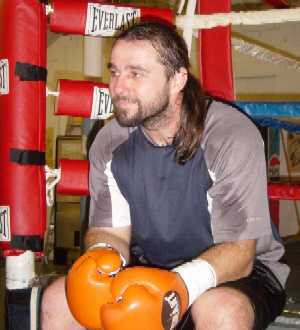 The 97.5 Fanatic offices are currently in a complete lockdown, as Frank “The Animal” Bialowas has taken over the Morning Show after ruthlessly beating host Anthony Gargano and humiliating co-host Jon Marks after the mid-90s Phantoms goon took offense to a comment made on-air during his appearance.

Bialowas’s appearance started off amiably, with Gargano tossing him several softball questions about his playing days and queries about “if he was a true lover of incredible meats or Anthony’s Coal Fire Pizza.”

The interview, however, took an ugly turn after Gargano brought up a rumor that has dogged Bialowas since his playing days.

END_OF_DOCUMENT_TOKEN_TO_BE_REPLACED 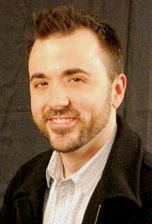 Jon Marks, whom someone once said they were going to “put in a body bag.”

Philadelphia, PA – With tears welling up in his eyes, Jon Marks retreated to the safety of the 97.5 Fanatic break room this morning during a commercial and quietly googled local karate schools after Anthony Gargano once again called him a “stupid meatball” on air.

“I was just saying I didn’t think the Eagles were better off with Sam Bradford as quarterback, and he called me a meatball again,” Marks said, his bottom lip quivering. “I’ve got to learn karate, take a class or something. And not a class at the Y, at a good school this time.”

Since Gargano’s arrival at the station this past April, Marks has seen an increase in bullying incidents at the hands of the older, more seasoned radio veteran. Gargano has also gained the trust of and friendship of Fanatic employees Joe Decamara and Harry Mayes, who have also made life difficult for Marks.

END_OF_DOCUMENT_TOKEN_TO_BE_REPLACED 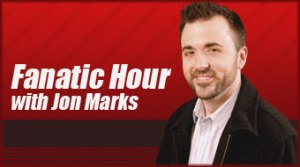 Philadelphia, PA – Jon Marks of 97.5 the Fanatic commented this afternoon on the news that former 94.1 WIP host Anthony Gargano would be joining him in a new morning show leading into Mike Missanelli in the afternoons.

Marks said it would be an absolute pleasure to work with Gargano and for him to be unceremoniously fired after 6 months when rating improvements are not instantaneous.

“Working with the Cuz will be a great moment in my career, and I especially look forward to seeing him receiving his walking papers in just a few months,” Marks said, a smile on his face. “What a day that will be when the station manager marches us into his office, notices that we haven’t been able to improve ratings in a very short amount of time, and for him to blame everything on Gargano and send him packing.”

News broke this afternoon and social media was abuzz. Sports fan on Twitter and Facebook both expressed their desire to hear Gargano again, albeit it on another station, and were absolutely giddy in anticipation of when he would be let go of his contract.

“I missed the Cuz on the radio, it’s a far better town with him in it,” said Johnny Loubatz, an avid sports talk fan. “And I will absolutely shit my pants in a few months when he is no longer allowed on Fanatic premises.”

As of press time, Gargano was stockpiling cardboard boxes for when he has to clean out his desk.