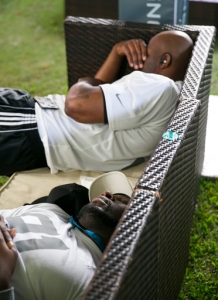 Honolulu, Hawaii – The NFL is facing a new medical controversy leading up to Super Bowl 50, as league representatives were forced to release a statement denying the existence of Chronic Traumatic Apathy in Pro Bowl Participants.

Symptoms of CTA include general malaise, missed tackles, jogging, lack of blocking effort, and can often be confused with massive hangovers and/or contempt at having to play a pointless football game before the Super Bowl.

“There’s no evidence that Chronic Traumatic Apathy, or CTA, is real. We were very proud of the results from yesterday’s Pro Bowl and we were happy with the level of competitiveness exhibited throughout,” NFL Commissioner Roger Goodell said.

END_OF_DOCUMENT_TOKEN_TO_BE_REPLACED 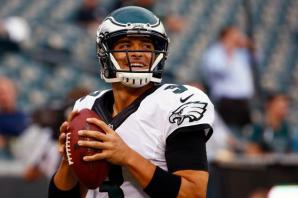 Philadelphia, PA -Adding another wrinkle to a horrendous season, Darren Sproles and Mark Sanchez had to be separated by Jason Peters at the end of yesterdays game as the two had a brief, but noticeable, argument on the field.

Snippets of the argument were caught by the high-powered NFL Films microphones on the sideline of the game.

The Coggin has the transcript:

END_OF_DOCUMENT_TOKEN_TO_BE_REPLACED 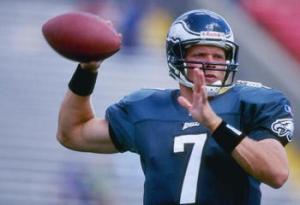 Philadelphia, PA – Bobby Hoying barged into the NovaCare Complete this morning, shaking hands with players and introducing himself as “the new starting ball slinger for this sorry ass state of a football team.”

Last seen fleeing the premises of the Wells Fargo Center after the Wing Bowl in January to welch on a $10,000 gambling debt, Hoying said he had to “cool his heels” down in Mexico and reinvigorated his game taking part in one of the Mexican cartel’s American Football teams.

“I had my head on the chopping block after pissing off the wrong hombre down in Mexico, when luckily one of those amigos remembered me from my days with the Oakland Raiders. As luck would have it, their starting quarterback had been executed gangland style after showing up light a few kilos come payment time and ol’ Bobby got the job,” Hoying said.