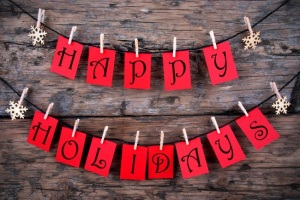 I think I hear some reindeer hooves on the roof of my shanty in the woods and the delightful sound of latkas frying up in opossum lard on my hotplate, so you know what that means! It’s time for Christmas, or if you’re one of the chosen, time for Hanukah!

Yes, the holiday season is once again upon us all. I have to say, I hear the same two questions almost every year around this time:

2. Please untie me, I’m begging you, I have a family…what did I do to deserve this?

Well let me tell you, I can 100% help you find that perfect gift for that special Philadelphia sports fan in your life and NO I WILL NOT UNTIE YOU, KAREN, THIS IS HOW YOU’LL LEARN TO LOVE ME.

So here are some great ideas for that special person in your life that won’t break your holiday budget!

END_OF_DOCUMENT_TOKEN_TO_BE_REPLACED

Well it’s Christmas. While most of you are opening presents around the tree and roasting chestnuts on an open fire, take  a minute to think about those of us who may not have chestnuts and have taken to eating wet walnuts under a bridge in South Jersey somewhere.

Yes it’s Christmas, and that means I’m much too lazy to actually write something of substance. If you’re like me, right about now you’re arguing with family members about wrongs of Christmas past and you’re ready to throw ALL of the presents you’ve bought into a local reservoir to show them you really mean business.

END_OF_DOCUMENT_TOKEN_TO_BE_REPLACED

Philadelphia, PA – A vocal majority of basketball fans across the country are claiming the Philadelphia 76ers are “waging a war against basketball, Christmas, and all that is holy” this holiday season every time the team wears their new red uniforms.

Joshua Feuerstein, a former pastor who now calls himself a “social media personality,” has been leading a charge against the 76ers for their decision to sometimes wear red uniforms during the Christmas season.

“They’re waging a war against basketball…every time they wear those jerseys it’s an affront to the Lord and everything we love about the game,” he said. “It’s a real shame that they’re choosing to wear red, a traditional color of Christmas, and they’re this putrid of a team. Can’t they stick to their white uniforms and leave Christmas alone?”

The 76ers, 0-7 on the year, have not won a game since last March. Basketball fans cross the country have been criticizing the contents of the 76ers red uniforms so close to Christmas.

Many are calling for a boycott of the 76ers if they do not shelve the special red uniforms until after the holiday season.