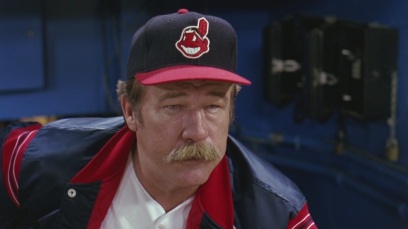 Are we getting too far ahead of ourselves? I can’t remember the last time I jumped off of my couch and fist pumped at the end of a 76ers game…

Are 76ers fans setting themselves up for a disappointment? This is just lightning in a bottle, right? They’re not…actually….good are they?

We all remember the movie “Major League,” right? Coach Lou Brown, the grizzled coach of the Cleveland Indians who had to seriously debate leaving his job as a tire salesman before taking the position, bellowed out the headline of this article to his bench coach Pepper after the lowly Indians swept their first series of the season against a mediocre team.

Sure, they only beat the Oakland Athletics and they were still in last place….but do you know what happened after that win? Do you know what came next in the movie?

Why don’t we cue up the official 76ers 2016-2017 movie to see what comes next after last night’s buzzer beating victory over the New York Knicks, shall we?

TJ McConnell nails the buzzer beater to send the Knicks home crying, sending the 76ers into the locker room and straight in a montage sequence that shows the Sixers reeling off victory after victory, Embiid dominating down low, Saric raining threes, Noel sending opponents shots into the third row, Ben Simmons declaring himself healthy and coming back for his first game, ending the season as the hottest team in the NBA….and barely missing out on a final playoff spot, but showing spunk when McConnell hurls the consolation trophy at the feet of the 8th-seed Washington Wizards and the rest of the team enjoys the beers Brett Brown provided for them after their final game.

Sure, the 76ers 2016-2017 movie ends on a down note, but considering where they’ve been the past five years, well, it would be the perfect ending, wouldn’t it? They’re not going to win the championship, come on, but finally realizing and reaching that promise and potential we’ve been hearing about for years is just as good…and it would give the city something to cheer for when the rest of the sports landscape is downright depressing.

I’m well aware I’ve written this same article just about every year since this blog’s inception (yep, yep), but fuck it. This feels different, doesn’t it?

This reboot actually feels like it could be something worth watching.

And there’s always the sequel next year.