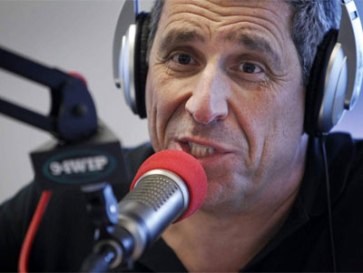 What a day to be alive in Philadelphia. It’s not hot, the Eagles are merely days away from opening their 2016-2017 season, and one of the most decorated broadcasters in the city’s history reached an impressive milestone in his career over the Labor Day Weekend.

Vaunted waffler Angelo Cataldi, co-host of the 94 WIP Morning Show, successfully flip-flopped on yet another opinion after Sam Bradford was traded to the Minnesota Vikings this weekend.

The countdown for his career milestone began on April 25, when record keepers noted Cataldi notched his 999,999th flip-flop when he threatened to drive Sam Bradford to the airport himself, and then three days later tweeted the Eagles shouldn’t trade the young quarterback.

Sam Bradford wants out after one year? Oh, please. I'd drive him to the airport myself, but he'd probably get hurt on the way.

The Eagles should NOT trade Sam Bradford. If you listen to our show today, you will agree with me.

Knowing he was zeroing in on the 1 millionth flip-flop of his career, Cataldi doubled-down on his Bradford takes and called him a phony just days later, even writing an entire column in Philly Voice calling Bradford a coward.

Sam Bradford is committed to the Eagles? And all it took was $22 million guaranteed. What a phony.

Boom. Point cemented. Angelo didn’t like Bradford, didn’t think he was right for this city, no where to go from that opinion, correct? Wrong.

Backed into a corner, Cataldi summoned all of his waffling skills and blasted the Eagles for trading Bradford to the Vikings after a 4-0 preseason, declaring the Eagles had a great shot to win the division with Bradford just several months after calling him a phony and a coward.

First impression of Bradford trade Eagles gave up good chance to win division this year for late first-rounder in 2017. Dumb.

Ok, well, he did say it was just his FIRST IMPRESSION of the trade, so lets be fair. Maybe he slept on it, ate some wings, cleaned out the crud from underneath his neck jowls, and had a change of heart?

Three days later, he confirmed his 1 millionth flip flop and became one of the greats.

Why am I the only one who HATES the Sam Bradford trade? Listen today from 6 to 10 am, and you'll see the wisdom of my position.

So congratulations, Angelo! We look forward to you proclaiming Carson Wentz as the savior of Philadelphia who gives the Eagles the best chance at a division title this season later this week and making a run at the all-time flip flopper/fraud mark set by Mike Missanelli.