Jahlil Okafor was out before he even touched the ground.

76ers center Okafor is reportedly recovering at Jefferson  University Hospital after a reported attack by legendary Temple Owls coach John Chaney after the team charter touched down this morning at Philadelphia international airport.

Eyewitnesses reported Chaney jumped Okafor as the dour center walked through the terminal with several members of the 76ers coaching staff.

Chaney allegedly slipped an arm around the neck of Okafor and hooked his other arm around the young man’s biceps, slowly choking him out as the elderly coach dragged him to the terminal floor.

END_OF_DOCUMENT_TOKEN_TO_BE_REPLACED 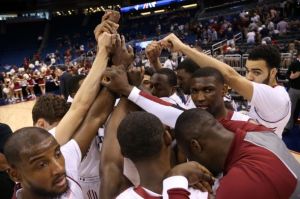 The epitome of class.

Philadelphia, PA – Mayor Jim Kenney and thousands upon thousands of Philadelphians welcomed the Temple Owls back to the city over the weekend, lauding the Owls for their stellar NCAA run.

Kenney presented head coach Fran Dunphy and each member of the Owls roster with a ceremonial key to the city. Kenney excused the team from having to pay income tax for the rest of their lives if they stayed in the city and assured them they would never have to pay for another drink as long as they lived.