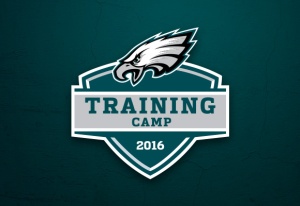 Philadelphia, PA – City officials are warning Eagles fans to limit their internet and twitter exposure today, as Eagles beat reporters and local sports reporters are unleashing hot-takes at a furious pace today during the first day of Eagles training camp.

Philadelphia Mayor Jim Kenney warned elderly citizens and children under the age of 10 to stay off the internet completely. With a lack of substance and meaningful action on the field, Kenney warned the city that reporters would go to any lengths to suck readers in.

“Please resist the urge to read any ‘scouting reports’ and any and all updates on who ‘looks good’ this early in training camp. It is not beneficial to your health,” Kenney said. “It’s one day in, people. Nothing is going to be determined this early on in the season.”

Wentz takes more shots down the field than Bradford. Sometimes they aren't smart ones, but def way more of a gunslinger #Eagles

The City of Philadelphia Department of Public Health warned that overexposure to these premature Eagles hot-takes could result in any of the following:

Jalen Mills has broken up pretty much every pass thrown his way. #Eagles

City health officials asked citizens to check in on elderly neighbors during this trying time for Philadelphia and to limit their exposure to sports talk radio to two-hours a day.