Have you ever wanted to listen to a sports talk radio show with three hosts, where one speaks for about 90% of the on-air time, the second gamely tries to play along with whatever antics are planned for day, and the third over laughs at EVERY SINGLE JOKE said during the four-hour program?

Well ladies and gentlemen, the newly (re-re-RE) formatted 94 WIP mid-day show is for you!

Granted, I did not listen to the entire show, which features Josh Innes (who the more I listen to, just convinces me he wishes he was Howard Stern broadcasting from WNBC in the late 80s), an all-in Hollis Thomas (who just wants to talk football when he can get a word in edgewise), and Son of Howard, “Spike” Eskin (who hasn’t heard an Innes joke he won’t bray uproariously at), from 2 to 6 p.m. on 94 WIP.

Jesus H. Christ, I still have a headache from my drive home. I listened to the 5 to 5:45 p.m. slot of the show, which featured a segment of listeners calling in to provide the song they thought most “defined” the essence of Tim Tebow. What the fuck did I get myself into? The bit wasn’t working at all, but Innes plowed ahead like an elderly driver careening through a farmers market.

The format of the show is quickly evident. Innes DOMINATES the microphone and leads the show. If you find him funny, you’ll get a kick out of it. If you think he’s trying to be edgy for the sake of being edgy, you’ll hate the show. That’s really about the bottom line. His co-hosts certainly don’t elevate or drag the show down, but they’re not given much of an opportunity to do so. Thomas did talk some football and gave a brief assessment of Tebow’s play during the segments I listened to, but his soft-spoken demeanor doesn’t seem to work well with Innes and his brash personality. 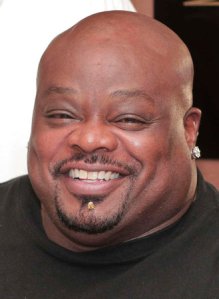 And Spike Eskin…oh Spike. Can someone pass him a note and let him know the microphones are indeed on and they can pick up his cackle on their own? Please stop emoting, you don’t have to belt out everything to the back row like a sophomore in the chorus of “Bye Bye Birdie.”

However, it’s the best sports talk show in Philadelphia right now, which might be more of an indictment of the state of sports talk in this town.

Yes, it may seem like I’m shitting all over them (and to an extent I definitely am) but it’s only the first show and, to their credit, they are trying to bring a different voice to Philadelphia. Innes, for all his faults, isn’t afraid to break away from the traditional sports talk format and brings a different energy to the airwaves.

Not that it’s a good show…but it at least puts some effort into its broadcast.

They at least try to break away from the sports talk format of 1) Introducing the day’s topics, 2) Introducing a secondary topic related to pop culture and finally, 3) Asking callers to participate in a daily poll,  the Anthony Gargano formula, if you will, that he is still driving into the ground each morning on 97.5.

It’s not as tired, as say, Mike Missanelli and 97.5 The Fan’s competing mid-day. Just out of curiosity I flipped over to Missanelli’s show during a commercial break and it was THE SAME SHOW HE’S BEEN DOING FOR HIS ENTIRE TIME AT 97.5. How many times can you listen to that idiotic “vault” segment or whatever the fuck he calls it? It’s the same tired bit so many talk shows do where listeners call a special “complaint” line and leave a message that may get played later on in the show. It’s hacky, it’s tired, and Missanelli has been doing it for years.

A scarecrow wearing a tie.

So if you must listen to sports talk radio, give the 94 WIP mid-day show a try and see if they improve. Hey, maybe Innes will improve, Thomas will find his voice, and Spike will suddenly stop finding everything so fucking funny.

Or maybe just read The Coggin Toboggan during your free time. Yes, do that instead.