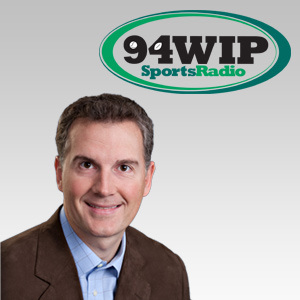 Philadelphia, PA – Citing the need for an experienced radio veteran to kick off its morning coverage, 94 WIP program director Spike Eskin announced Tuesday that Rob Ellis would be promoted from his bi-monthly 3 a.m. radio show to a twice weekly 5 a.m. position.

Upon hearing of his “promotion,” Ellis was said to have sighed deeply and then looked lovingly at a replica rifle mounted on the station’s wall.

“We really feel this is a great spot for Rob. He’s shown he can handle some adversity this year, and we think this will be a great lead in for Angelo Cataldi and the Morning Show,” Eskin said. “You can get into some salient sports talk in 9 minutes, believe me.”

Eskin said it will be Ellis’s duty to gain ground in the “Insomniac and cocaine addict” demographic so dominated by 97.5 the Fanatic.

It’s been a trying few months for Ellis, as he lost his mid afternoon drive position with Anthony Gargano to Josh Innes and Tony Bruno. He was demoted to the 6 to 10 p.m. position, and then to a 3 a.m. slot twice a month.

His station parking spot was also given to the sandwich truck Josh Innes frequents on a daily basis.

“Rob’s a professional. I’m looking forward to seeing what kind of a product he can put out there twice a week for us. He knows what he’s doing,” Eskin said.

After agreeing to the deal, Ellis was told he will also be responsible for three live reads a show, which will reduce his on-air sports talk time to three minutes a show.