Gov. Chris Christie is taking time off from his busy summer schedule of closing state parks and impersonating a beached whale to officially audition next week for a sports talk show on Sports Radio 66 WFAN in New York City.

Christie, an avid sports talk fan, will fill-in for longtime WFAN host Mike Francesa on Monday and Tuesday next week from 2 to 6:30 p.m. alongside Evan Roberts. Christie has mentioned he would like to transition into a sports talk role after his term as New Jersey Governor comes to a close.

The Coggin Toboggan has obtained a copy of Christie’s prep sheet for Monday’s debut show. A prep sheet gives a rough outline of what a host has planned for the day’s show.

What do you think of his proposed show? Take a look after the jump.

END_OF_DOCUMENT_TOKEN_TO_BE_REPLACED 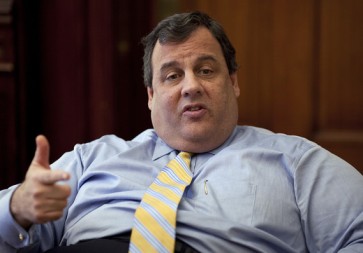 A model New York Mets fan if there ever was one.

An anonymous source from within the Phillies organization reached out to the Coggin Toboggan offices this afternoon with information to help “clear up” the comments made by New Jersey Governor Chris Christie this past week.

The high ranking source with the Phillies said Christie’s unprovoked commentary about the organization likely stemmed from an incident in 2012 when the governor visited CBP for a tilt against the New York Mets.

END_OF_DOCUMENT_TOKEN_TO_BE_REPLACED

Trenton, NJ – Ringling Bros, the famed circus group, recently announced it will phase out all elephant acts in its circuses after years of protests and claims of animal abuse.

The traveling circus made the announcement last week on Thursday, March 5, around 1:15 p.m.

On Thursday, March 6, at 1:20 p.m. a completely separate press release for a completely different story was sent out from the Trenton statehouse announcing Gov. Chris Christie is now available for part time working on the weekends moving forward.

“Gov. Christie simply wants to branch out and earn some extra money for a possible 2016 presidential run,” A press officer at the statehouse said Tuesday morning. “He just needs a new weekend gig to perform in…I mean work in.”

Included in the press release was a copy of Christie’s resume. Here is what Christie has listed under the “relevant work experience and abilities” section of the document.

– Has mastered ability to balance self on all fours atop a large rubber ball.

– Can travel quickly, as he has his own trunk.

– Successfully reduced pension payments across the state of New Jersey during his two terms as governor.

– Will work for peanuts.

When asked if he was still satisfied with his role as governor of New Jersey, Christie stamped his foot once on the ground, signifying “yes” to the question.