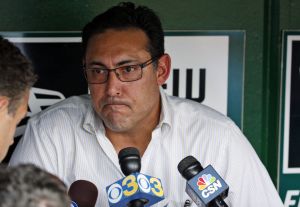 South Los Angeles, Calif. – Perhaps validating one of the most troubled years of his career as a front office representative for the Philadelphia Phillies, Ruben Amaro Jr. won six “Shittie” awards, a competing sports award show held on the same evening as the ESPN “Espy” awards.

The ceremony took place at a YMCA in South Los Angeles from 3 to 5 p.m. yesterday, with some of the most well known names in sports in attendance. Hosted by Bill Cosby, sports dignitaries such as Ray Rice, Adrian Peterson and Tiger Woods all received “Shitties” for their accomplishments this past year.