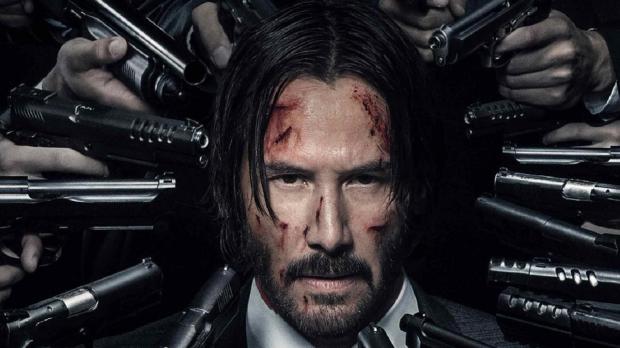 Yeah, I’m thinking the Coggin is back.

No. No they would not. God damnit I watched John Wick 2 last night and I’m still all FIZZED up over it. Good action movies are so hard to make, but somehow the John Wick franchise still finds fresh ways to keep itself relevant, which is a challenge considering it’s just two hours of a guy running around the world killing people with handguns.

It had every trope I love in a great action movie: a hall of mirrors, hitmen with various fighting styles, gentlemanly agreements, it couldn’t have been better.

I was so pumped up from watching the movie last night that I tried to put my wife in a modified rear naked choke, but she stabbed me in the leg with a fork (all the way to the bone) and warned me not to start something I couldn’t finish. God I love her.

But it got me thinking…would anyone involved in the sports landscape of this city be able to survive with The Baba Yaga himself stalking them? No, no they wouldn’t, but would anyone be able to fight him off enough to deserve a death with dignity? Not in this city.

And yes, I’m fully aware this is a dumb, sports talk radio premise of a column (HEY, WHO DO YOU THINK WOULD SURVIVE?! VOTE IN OUR POLL NOW) but I don’t care. I’m still filled with piss and vinegar from watching that movie.

So who who would stand the best chance? We’re assuming Wick has only his bare fists to get the job done and his targets have ONE non-gun weapon of their choice to defend themselves.

Maikel Franco with a samurai sword: Franco would take one, wild, swing out of his shoes strikes at Wick, miss by five feet, and his batting helmet would dislodge from his head and go over his eyes, rendering him blind.

Cause of death: Hammer fist to the nose.

Angelo Cataldi with a log of Salami: Upon reaching him in his garish home, Wick would find Cataldi already dead on his kitchen floor with the log of salami half eaten at his cold feet.

Cause of death: A life of poor dietary choices and a cholesterol score of 600.

Joel Embiid with a sledgehammer: Would be too busy tweeting something hilarious to hear Wick sneaking up on him at the 76ers practice facility.

Cause of death: Obliterated foot with the sledgehammer. While writhing on the ground in pain, several knees to the skull.

Carson Wentz with a ninja throwing star: Carson’s mobility would serve him well at first, allowing him to sidestep several attempted kicks and strikes from Wick. However, after spotting an opening and rearing back with the throwing star, would most likely overshoot Wick’s head by 10 feet.

Cause of death: Choked to death with a hidden garrotte wire.

Shayne Gostisbehere with a sharpened hockey stick: Actually puts up a very strong showing at first, fending off Wick and actually cutting him several times. However, head coach Dave Hakstol puts an end to his success after slitting Shayne’s throat after emerging from a darkened alleyway. Hakstol pushes VandeVelde into the scrum in favor of Gostisbehere.

Cause of death: Betrayed by his coach. VandeVelde doesn’t survive for more than 10 second, but is still praised unequivocally by Hakstol.