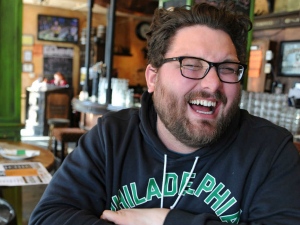 Is this the face of the next 97.5 Fanatic Morning Show host?

The rumor mill is a-churning this morning, as an ex-94 WIP sports talk radio host may have thrown his obese sombrero into the ring to replace the disgruntled lover of incredible meats Anthony Gargano, who has not been on the 97.5 Fanatic Morning Show for three straight days now.

Gargano was reportedly upset that producer Maureen “Mr.” Crowley Williams had been fired from the station earlier in the week. Gargano, who has long been rumored to “like like” MCW, has been notably absent from the airwaves since Tuesday.

But a familiar face to the Philadelphia sports talk scene made a splash on social media Wednesday morning. Josh Innes, who previously hosted the midday show at 94 WIP and currently hosts the Josh Innes Show on Sports Talk 790 in Houston, responded to a fan on Twitter Wednesday afternoon and said he would be willing to make a return to the Philadelphia airwaves. 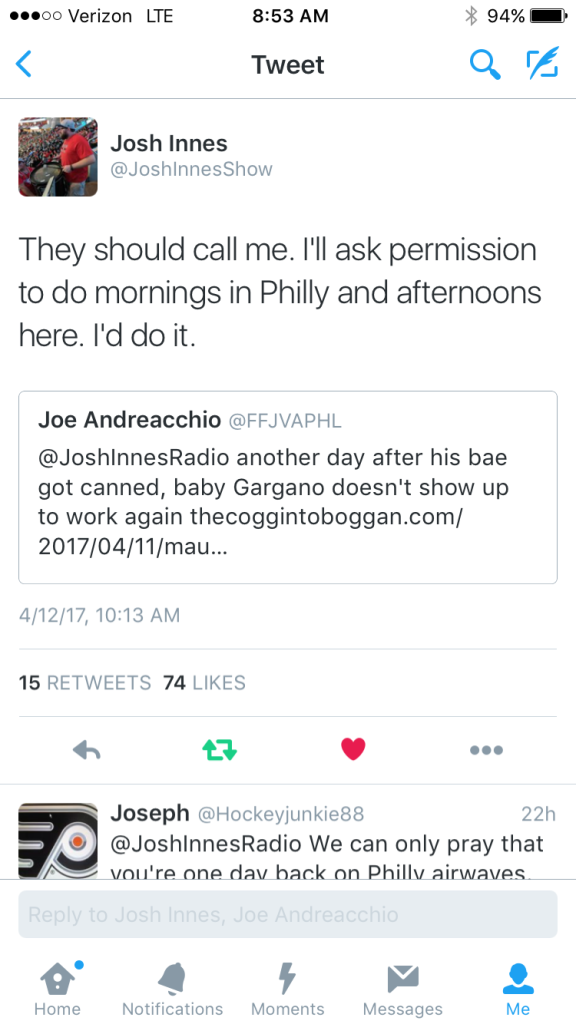 Firstly, the blogs Innes reads and quote tweets are obviously top notch. Nice to see he’s keeping up with the hot news in Philadelphia through only the best and most trusted sources.

Secondly, mornings in Philly and afternoons in Houston? Can it be done? It would be tough, but if Innes is up for the challenge, why not?

What would a typical day be like for Innes if he tried to double dip on the sports talk airwaves? Up at 5 a.m. for a hearty breakfast of grits, creamed chip beef, and a steaming hot cup of turkey gravy (heart healthy!), on the Philly airwaves at 6 a.m. Boom, make a couple of Jason Kelce “house negro” jokes, several threats to fistfight senior citizen Mike Missanelli, a few hours later and that’s your show.

By noon he could be on the Houston airwaves, talking about god knows what. The Astros? Sharing fond stories of recalling the Alamo? Cattle prices? Who gives a shit.

But, yes, it could be done. So will 97.5 the Fanatic cut ties with loose cannon Gargano to bring Innes back to Philadelphia? Only time will tell.