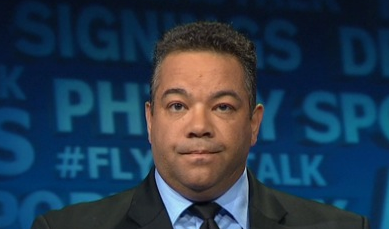 Marcus Hayes, professional sweater, spewed forth his latest piece of drivel and gave us this beautiful column.

“Hayes: Great move for Eagles, if Carson Wentz is great.”

You do NOT have to click on that link to get the gist of what he’s saying. Read the headline. Did you do that? Boom, you just read the entire article (which is over 1,000 words of sweat-stained drivel).

Not really sure how Marcus is getting paid at this point in his career. 1,000 words that boil down to this:

Top notch stuff right there. Just top notch. If Carson Wentz is great, the trade is worth it. If not, then it wasn’t.

YOU NEEDED OVER 1,000 WORDS TO CONVEY THIS OPINION.

Here are some other things Marcus thinks is great (as long as they don’t turn out to not be great):

I fully expect Marcus to steal these talking points for his next column: Things that are great until they become not so great or continue to be great and end up being great in the long run, which would be great (working headline)