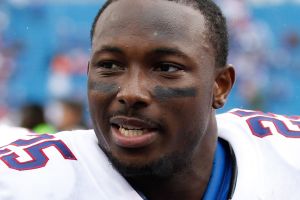 Shady BURSTS into the locker room, skipping and hollering into the visitor’s locker room at Lincoln Financial Field, screaming obscenities in the direction of the Eagles locker room.

“FUCK YEAH, FUCK YEAH, that’s what you  mother fuckers get when you let Shady go in the offseason, fuck this city, fuck this team, McCoy mother fucker! I am the god damn man!” he screams, slamming his helmet down onto the ground.

McCoy, so enthused at the win, starts to play air guitar to a song only he can hear.

“Mother fucking racist piece of shit, Chip Kelly. Try to shake my hand, that’s what you get for cutting ALL OF THE BEST BLACK PLAYERS IN THIS CITY!” He screams, still not realizing the irony that Kelly signed several high profile black athletes this past offseason.

“Where are my fireworks?! Someone hand me that box of sparklers, Shady’s gotta shine!” He yelled, grabbing a box of his special victory sparklers as he lit two and pranced through the locker room with a smile on his face.

“Shady’s going to have the biggest stripper party this city has ever seen. No fat girls allowed! Send me your pics or get the fuck out!” he yells.

McCoy skips over to the media assembly and immediately begins making pronouncements.

“Shady out bitches!” he screams, throwing a banana cream pie that hits Jeffrey Lurie’s wife in the face. 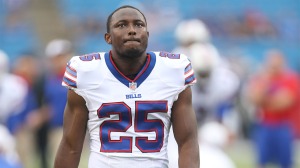 Makes the media wait for him for an hour as he sulks in the shower.

“I’ve got nothing to say to you,” he says, before leaving.