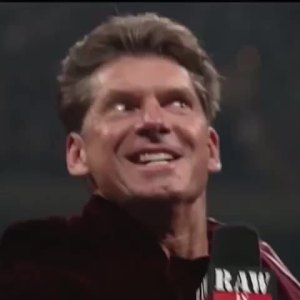 Philadelphia, PA – In a stunning turn of events, WWE Chairman and Owner Vince McMahon delivered a shocking message to Philadelphia Eagles wide receiver Miles Austin, who has been sidelined with a concussion for the past three weeks.

McMahon finally revealed that it was him, it was him all along, the higher power who gave the oft-injured receiver his latest concussion.

The dastardly McMahon revealed the truth at last night’s Monday Night Raw. The jarring video was caught on tape. WARNING, the contents are disturbing.

McMahon made the grim announcement with a twisted smile upon his face.

Jim Ross perhaps summed up the situation best for all involved.

“Oh son of a bitch,” Good Ol JR mentioned on the broadcast.

As of press time Tuesday morning, Miles Austin reportedly dispensed several Stone Cold Stunners to WWE retired wrestler Mideon, who for some reason was in attendance at Eagles practice.