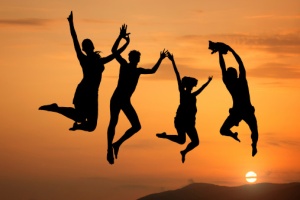 Personally, I just don’t see it. Does he have a point? I don’t think so, but in order to be fair and to serve all of our readership, I figured I would dedicate an entire article to all the positive aspects of Philadelphia sports we as fans should not take for granted.

Sure, all of our teams right now are middling at best and this summer will be a wasteland of hard to watch baseball, manned by one of the most incompetent GMs in all of sports, but there ARE things we can enjoy in our sports scene. Why don’t we take a look, shall we?

The nickname scene in this city is strong: Shayne “Ghost” Gostisbehere, Ryan “The Big Piece” Howard, Chase “The Man” Utley, Sam “No knee cartilage” Bradford…the list goes on and on. We truly are living in a great age of Philadelphia nicknames. Hopefully the Flyers can hire Stu “The Grim Reaper” Grimson as an assistant coach and we can take this whole thing to another level.

Chip Kelly may NOT be a racist: Yes, two of his ex-players heavily insinuated Chip Kelly is a racist, but there is at least a 65% chance he is not. He signed a few black players this offseason and I’ve seen him at least speak to Sam Bradford a few times, so he can’t be THAT racist.

Jason Kelce: Quite possibly the coolest Philadelphia Eagle of all time, Kelce is well known for utilizing public transportation to attend Philadelphia sporting events (literally as I wrote this they showed him slugging beers at a Phillies game tonight) and for showing up at various bars down at the shore to get tanked with fans. He’s the best, he really is…I’d share a beer or a bottle of absinthe with him any day of the week. Jason Kelce, the Coggin Toboggan salutes you.

Connor Barwin: Another Eagle on the list? Yes sir. The most athletic hipster you know, Barwin spends most of his offseason working out and planning sweet music festivals to raise money for charity. His affinity for dive bars knows no bounds.

Sam Hinkie: The 76ers may or may not have a legitimate crazy person running their franchise. Nobody knows what he is going to do. Is he going to draft an ex-Serbian nationalist with the third overall pick, or will he trade Nerlens Noel for a mystery player to be named later? These are fabulous times we’re living in with Hinkie at the helm.

ADDED BONUS: Howard Eskin seems to hate him and may have a heart attack from Hinkie’s shenanigans. Would be nothing but a win-win to see “The King” clutch at his chest after the 76ers trade away pick #3.

Anthony Gargano is back on the air: Definitely a positive so we can have the joy of Cuz’ being fired from radio again in a month or two. That’s always a good time for everyone involved. It’s a hell of a meat…you know it is Ant, because you’re fired again.

So there you have it ladies and gentlemen, there’s a lot of things to be positive about. Don’t go fashioning those nooses just yet…use a gun, it’s much, much quicker.