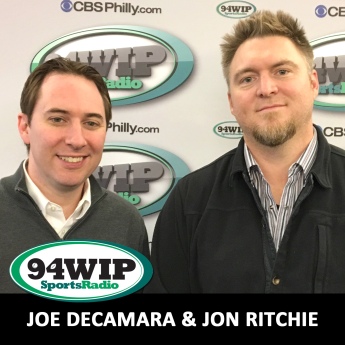 Perhaps in a desperate attempt to bolster its sliding ratings, 94 WIP threw caution to the wind this morning when Midday host Joe DeCamara decided to discuss, on live air, a controversial NFL mock draft that has been floating around the dark web of the internet for the past week.

For perhaps the first time in the station’s vaunted and respected history, a sports talk show decided to acknowledge and discuss unverified rumors about an upcoming sporting event.

Only previously discussed in hushed tones by journalists behind closed doors, DeCamara brought up the several page document, published by an unknown NFL insider and malcontent at ESPN, which attempted to accurately predict every pick for the seven round draft based on each team’s needs on the field.