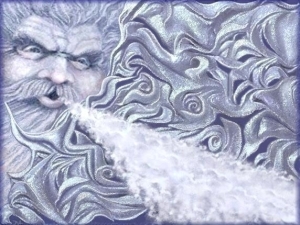 Here’s the portion of this weekly column where we tell you that we suck at picking these games. We do. We really suck. At least last week we were able to predict that the Eagles would lose to the Redskins, but of course we thought they would cover. Fuck me running.

This week the Eagles (5-8) take on the Baltimore Ravens (7-6). Interesting note, I used to cover Evesham Township for a local newspaper and their mayor, Randy Brown, is a kicking specialist for the Ravens. He hooked me up with an interview with head coach John Harbaugh and he was AWESOME. He didn’t have to take time out of his schedule to field questions from a little shit dick paper in New Jersey during the season, but he did anyway.

I do hope my best friend John Harbaugh has a good weekend taking on this pathetic football team.

But you know what? It doesn’t matter what I think, but what our special guest picker of the week thinks. That being said, who is making our picks this week?

Is it cold in here, or is it just me? I kid, I kid. Yes it’s me, Old Man Winter, out in full force and making your lives miserable. Just when you think you’re going to get an easy winter I’m all up in your grill with temperatures in the teens and annoying weather reports reminding you to check on senior citizens in your area to see if they’re ok. BRRRRRRRRRR!

Just be happy I’m not bringing too much snow with me this weekend. There’s nothing I enjoy more than seeing people keel over when they decide to shovel snow on their own. Nothing like a good cardiac arrest to really get the winter season going.

So what is it this weekend, Eagles (+5.5) travel down to Baltimore for a tilt in this frigid weather? Should be a good one. Maybe to add insult to injury for Philadelphia I’ll make sure Carson Wentz develops frostbite during the game and has to get several of his fingers amputated after they turn black and useless. Boom, perfect. Just what Philadelphia deserves right now.

Well it’s been fun. Obviously the Ravens will win, but I think the Eagles will keep it close and rally around Wentz’s black fingers and keep it close.