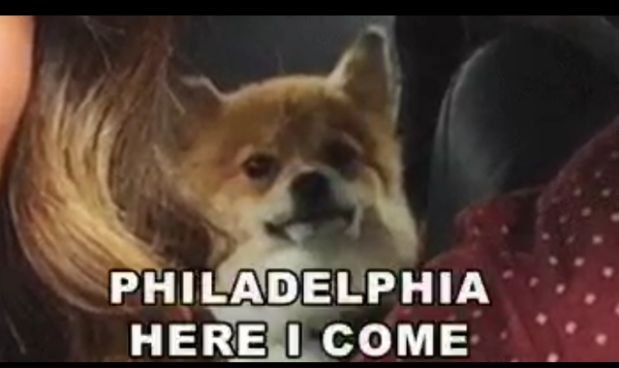 By Bear Daniel – What the fuck did I watch last night? No, please, somebody tell me, because I’d really like to think I didn’t waste four hours of my life (28 hours in dog years) watching that mouth breathing owner of mine fail so spectacularly at his job.

Instead of going on another long walk and relieving myself on someone’s perfectly manicured front lawn, I was forced to stay inside and watch Chase relieve himself all over Lincoln Financial Field.

At least when I shit all over someone picks it up for me and it isn’t broadcast to thousands of rabid Eagles fans.

That was EMBARRASSING. We moved to Philadelphia from Kansas City for that? FOR THAT?! Chase, you had all training camp to at least develop some kind of a rapport with your teammates. Instead you looked like a chihuahua trying to hump a Great Dane out there…scared and ineffective.

Do you know how hard it is for a dog like myself to get acclimated in a new city? The new smells, the strange other animals, the throngs of morbidly obese people wanting to pet me with their cheese whiz greased hands….it’s awful.

God damn. What the fuck was that? 4-10 for 15 yards? 15 lousy goddamn yards? I could have thrown for 15 yards last night and I guarantee I wouldn’t have taken four sacks as well.

Pick it the fuck up. Lets go, show a little hustle out there next game…maybe, you know, look downfield and try to complete a pass or two. You were outplayed by a rookie in his first game ever, have you no pride?

Now if you’ll excuse me, I’m going to go lick my asshole for 20 minutes and then drag my balls over your pillow for the next hour or so.