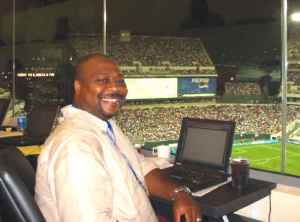 Philadelphia, PA – Daily News columnist and reporter John Smallwood continued his tirade against young whippersnappers today when he placed the blame for the inactivity of the 76ers front office at the NBA trade deadline squarely at the feet of “those damned millennials” in this city.

“God damn millennials ruining sports in this town. All they care about is smoking that reefer and playing with their X-Stations and Play Boxes, they’re to blame for the state of my beloved 76ers. Why would the franchise do anything if these kids don’t care about wins and losses? I’d give my soul to go back to the days when the Sixers were a 7th or 8th seed each season and lost 4-1 to the Heat each year. Now THAT was basketball.”

“Sure they always lost and were lost in a stagnant quagmire with no hopes of improvement, but let me tell you that one win each playoff series when Lebron James was focusing on the next round was SWEET. IT WAS SWEET. It’s not always about championships, they respected the game. You have to learn to love the journey, not the destination.”

Hearkening back to days of yore when the 76ers made foolish trades at the deadline and signed middling, over the hill free agent to ridiculous contracts, Smallwood complimented the way former GM Billy Knight ran the team in the early 2000s and said he did it “the right way.”

“Maybe all of his moves didn’t work out, but he tried, right? He tried to win and he failed, miserably, every single year he failed,  but at least he still tried. And by golly, we were happy,” Smallwood said. “And we had to walk five miles through the snow for each home game and we LOVED IT.”

Smallwood said Knight’s skillful trading of first round picks for veterans on the downside of their careers is a “skill not everyone can learn.”

“I’d take Billy over Sam Hinkie any day of the week. Great interview, better person. Sure he had no idea what he wanted to do one year from the next, but boy oh boy what a class act.”

At press time, another Daily News intern attempted to tune Smallwood out as he rambled on about the fabulous 76ers season of 1995.