Philadelphia, PA – It’s an exciting night for Philadelphia, as weeks of tension and debate have led to this moment and this event that will undoubtedly leave thousands of rabid Philadelphia fans on the edge of their seats, clutching their remotes and hanging on every word.

There are a number of different scenarios that could happen tonight, so why don’t we take a moment to just run over some things that have happened in the past weeks and see where we could all end up? 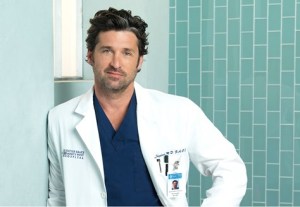 So lets get this out of the way first. Yes, tonight is the first night that we have to watch Grey’s Anatomy without the beloved McDreamy. If you’re like me,you were devastated last week when the famed and longtime doctor was killed off in a car wreck in one of the shocking moments in show history. I won’t lie, I shed a few tears when he was lying on that hospital bed and Meredith was standing over him, letting him know how much she loved him. HE WAS THE LOVE OF HER LIFE. HOW WILL SHE GO ON?

How could you not be touched by that. When the nurse finally took Derek off of life support and he died in Meredith’s arms, I just, I just lost it.

So leading in to tonight’s show, what will happen? We’ve been teased with images of his funeral and Meredith trying to cope with raising her children alone with Derek.

I don’t know about you, but I cannot wait for tonight. All season long has been leading up to this moment, this night, this episode! Twenty-two episodes for one of the best shows on television…it’s going to be a rough one. I’ve been weepy just writing this post, it’s..it’s just emotional.

Strap in, Philadelphia, it’s going to be a bumpy ride.

NOTE: My fellow editors are informing me that tonight is also some event where football guys select other football guys or something? DVR that I guess.