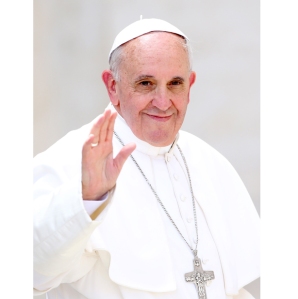 Philadelphia, PA – As the NFL schedule for the Philadelphia Eagles was released yesterday, an interesting wrinkle faced by the schedulers was revealed this morning. The Eagles 2015-2016 schedule was directly altered by Pope Francis’ visit to the city of brotherly love in September, as the leader of the Christian world declared there was “absolutely no way” he would be in the same city as the New York Jets during his worldwide tour.

Philadelphia Cardinal Justin Francis Rigali sent the NFL a letter, respectfully asking the Eagles not play a home game during week 3 of the season during the Pope’s visit.

“There is enough suffering in the world that I have to see and attend to when I’m traveling, I don’t need my mood darkened by a third rate NFL team in my presence,” Pope Francis said in a letter to the NFL earlier this year.

Citing their lack of an NFL caliber quarterback, two washed up running backs and the “insanity of bringing back Revis,” Pope Francis declared the Jets to be an absolute train wreck.

In addition to the Jets not being allowed in Philadelphia during his presence, Pope Francis also asked that several other people and organizations not be in the city during his visit:

– “Please remove Howard Eskin from the city confines during  my trip. I don’t need to hear his nonsense on the radio or even on Twitter.”

– “Sam Bradford may stay, but please tell him to stop sending me letters to heal his ailments. There’s only so much I can do during my trip.”

As of press time, Howard Eskin and 55 of his fur coats were dumped over Philadelphia city lines by Philadelphia Police and told not to come back until October.