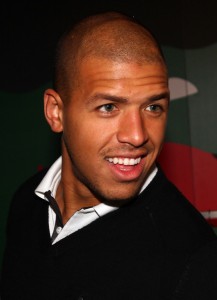 Philadelphia, PA – After being transported from emergency surgery for a torn hamstring and two snapped ulnas, Miles Austin made it to Philadelphia and promptly failed a physical to join the Eagles food craft service.

Austin was brought in to fill the void created when Susie Gold retired from her longtime post at the hotdog stand in the main atrium of the stadium. It was found after a lengthy examination by team doctors that Austin could not be expected to withstand the rigors of 8 days of employment during the upcoming season.

“We found Mr. Austin could not remain standing in an upright position for 30 consecutive minutes and failed several tests to bring down a bag of hotdog buns from a supply shelf two feet over his head,” said Peter F. DeLuca, head orthopaedic surgeon for the Philadelphia Eagles. “He suffered from large spans of vertigo and asked where he was several times during the interview process.”

The deal would have brought him in to serve hotdogs for each home game at a rate of $7 per hour.

Despite failing the physical, Austin said he would not quit his dream to get back into football at any capacity.

As of press time, Austin was hit by a hot dog bun delivery truck as he left the stadium.