Oh boy. Oh boy oh boy oh boy. In a press conference today Brett Brown noted that he believes Joel Ebmiid’s minutes in the first game of the season on Wednesday against the Washington Wizards will likely only be “in the teens” … and the panic button has been pressed.

It was surprising news for Embiid, who told reporters he was “bummed” and could likely play upwards of 30 minutes in the opener, but would have to abide by the minutes restriction.

Did anybody really expect him to have no minutes restrictions in the opener? He’s played less than 25 minutes all preseason, but somehow he’d be cleared to play 35-plus in the opener? Uhh…no. No he would not.

But that didn’t stop pretzels from raining down on poor Brett Brown. 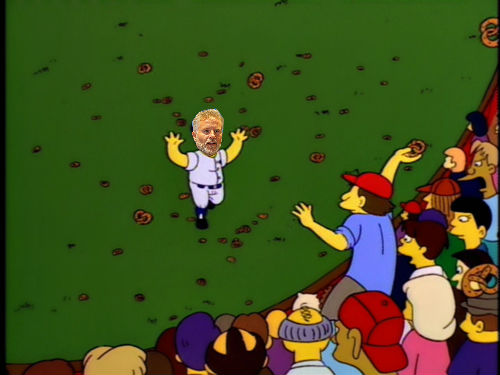 And the fans do not like this one bit! AND HERE COME THE PRETZELS! Head Coach Brett Brown now on the field, pleading with the fans for some kind of sanity. 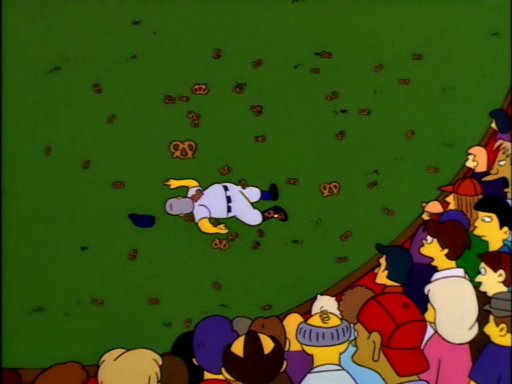 And a barrage of pretzels now knocking Brown unconscious. Wow. This…this is a black day for basketball.

I am here and now declaring “AND HERE COME THE PRETZELS!” to be the official statement for any time Philadelphia fans overreact on Twitter.

AND HERE COME THE PRETZELS: