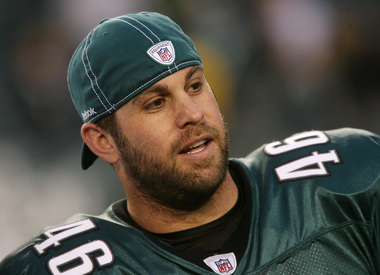 He will punish the wicked and make man pay for his hubris.

LAS VEGAS, Nev. – Tonight on NBC, Eagles long-snapper Jon Dorenbos, a master of the arcane, dark arts, will showcase his ethereal skills on the popular reality show America’s Got Talent, and brutally punish the nonbelievers of his malevolent sorcery.

In a 30-second teaser for tonight’s AGT, currently in its 11th season on NBC, Dorenbos is briefly shown on stage wearing a dark robe, his eyes rolled into the back of his head, body convulsing wildly as the lights of the studio flicker ominously.