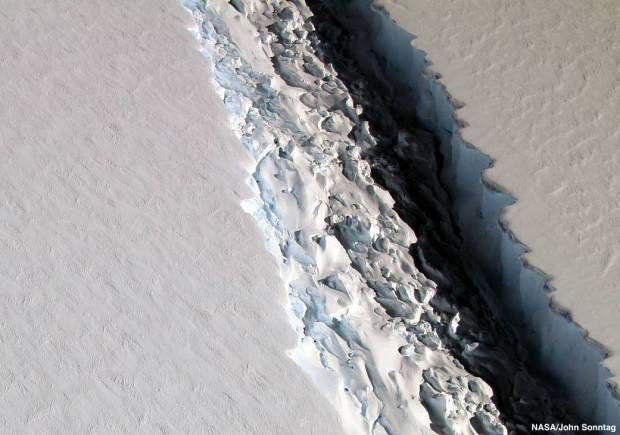 An ice shelf the size of Delaware broke itself off from Antarctica yesterday, scientists at the Swansea University-led Midas project confirmed, releasing a gigantic iceberg twice the size of Luxembourg into the surround waters.

Theories of the ice shelf’s disintegration over the past decades have been discussed leading global representatives, but the Swansea University Midas project scientists confirmed this morning that the shelf purposefully broke itself off the frigid continent after overhearing an asinine sports talk segment from the local Philadelphia 97.5 the Fanatic sports talk station.

The environmental disaster has been placed firmly at the feet of 97.5 the Fanatic, its midday host Mike Missanelli, and it’s poor choice of show programming.