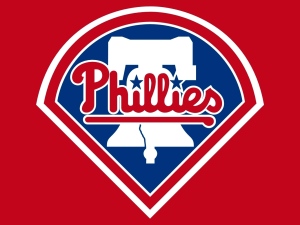 Not really sure why this bothers me as much as it does, but whoever run the Phillies twitter account is just awful at social media. Just nine tweets sent out during the course of a nine inning, three hour game.

What is he or she doing during the game? Are they catching a bullpen session? Are they just enjoying the grand old ball game? IS IT TOM MCCARTHY?!

It’s 162 game season, fellas, way to not burn out and waste too much material.

In the grand scheme of things, it’s not that big of a deal. But think about it….they’re averaging a tweet an inning. There are people who go to the game and eat a hot dog and a beer an inning. Over the course of 3 hours, they’re averaging 3 tweets an hour. It’s pathetic.

You have to believe whoever is running the account is getting paid for their services. It’s probably the social media coordinator or a lackey of said position, but they must be getting paid. SHOW SOME HUSTLE!

They’re not even tweeting out a score update after every inning! These are the first four tweets of the game. Lets run them down, shall we?

.@AaronNola10 takes the mound for the #Phillies in the bottom of the 1st following a scoreless top of the inning. pic.twitter.com/88i5jLnoa2

Hey alright! Not too bad. Score update after the first inning. A handsome picture of dreamboat Aaron Nola as he takes the hill. Fabulous. No complaints.

They didn’t send out another tweet for nearly an hour! That’s three innings, two tweets! You’re telling me NOTHING happened of note during that time? I’ll take an attendance update at this point, or hell, give me a STAT of some kind. I’m dying here. (not complaining about another Aaron Nola beefcake photo, however.)

Bourjos with the gorgeous catch to save a run. pic.twitter.com/s9vHp9sH8M

Third tweet half an hour later. Granted, it was a sweet catch and it saved a run….but nothing else. Score? Inning? THROW US A BONE. See you in the next five hours, I suppose.

PEACE! @ryanhoward gives the #Phillies the 1-0 lead with a home run to right field! #GoPhils pic.twitter.com/VY8K14DdUJ

No complaints. Score update, they said how it happened….not too shabby….I’ll take it.

After another outstanding outing from @AaronNola10, Hector Neris enters the game to pitch. #Phillies lead 1-0. pic.twitter.com/E6TZ5HZKgZ

Two good tweets in a row, now we’re picking up steam. Stat loaded, a score update, you can tell what inning it is, another FABULOUS picture of Aaron Nola. This is what I’m talking about!

Still…..five tweets through seven innings? How is this account not tweeting multiple times an inning? Baseball is NOT a fast paced sport, it’s not like they can’t keep up with the action. Hell, just tell me who has gotten a HIT in the game. I’m not picky.

The next four tweets (which were the entirety of tweets sent out during the game) were a score update after the eighth, a highlight of the Ryan Howard home run, a tweet at the beginning of the ninth inning, and then a tweet proclaiming victory.

It’s pathetic that the account spends hardly any time, you know, actually sending out TWEETS during a game.

Give me control of the Phillies account for ONE GAME. Just one. I’ll have that mother fucker rocking and rolling. Tweets out the ying yang, highlights, gifs galore, horrible insults to opposing players that hit way below the belt….I’d have it all.

Here’s an example. Consider it my official application for the job, Phillies:

"Matt Holiday is in an 0-15 slump, which many attribute to his wife's rampant infidelity. Phils 1, Cards 0."

Informative, brief, and liable to be sued. Call me when you want to take it to the next level.