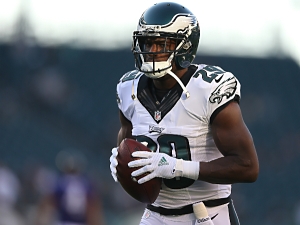 Philadelphia, PA – Howie Roseman is at it again, as the man apparently in charge of making personnel moves for the Philadelphia Eagles has announced that running back DeMarco Murray will be traded to the Miami Dolphins, not the Tennessee Titans as was once reported, in a move that will net the Eagles two top-tier defensive players.

When the trade is finalized by the league on Wednesday, the Eagles will officially acquire shut down cornerback Byron Maxwell and stud linebacker Kiko Alonso in the blockbuster deal.

“We’re very happy with what we’re getting in return for DeMarco. Maxwell is a shutdown cornerback, a great competitor, and one of the best in the game. We’re happy to announce that we’ve also signed him to a new, 6-year contract for $63 million guaranteed,” Roseman said.

As for Alonso, Roseman noted that the young linebacker has a tremendous upside, but would have to come back from a major knee injury the sidelined him for nearly all of last year.

“He’s a great young linebacker and we have high hopes for him. Overall, we’re very happy with this deal,” he said.

At press time, a report from ProFootballtalk.com said Roseman was also working on a trade that would bring vaunted running back Lesean McCoy to the Eagles for linebacker Kiko Alonso.