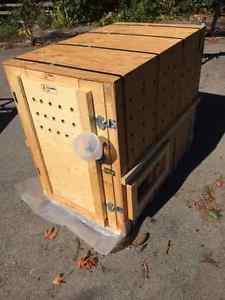 Philadelphia, PA – Perhaps frustrated at being stymied for a comment by Chip Kelly’s girlfriend at their Haddonfield home, Les Bowen is currently sitting inside a stiflingly hot and stuffy wooden crate that is en route to Kelly’s house.

The veteran reporter was denied entrance into Kelly’s home last night and could not get a comment from the recently fired head coach.

A fuming Bowen reportedly came up with the ill-advised scheme early this morning after downing a fifth of Jim Bean. He forced his Daily News co-workers to stuff him inside the crate and have it immediately shipped to Kelly’s home.

Several co-workers balked at Bowen’s request to be “greased up” before squeezing into the crate.

“Try to keep me out will you…nobody does that to Les….NOBODY! You mess with the bull, you get the horns up your ass” Bowen said, his voice not being heard outside of the roar of a UPS truck driving through Haddonfield. “LB always gets his quote. I’m coming for you Chip. God damnit it’s so hot in here.”

Sweat dripped from the aged reporters forehead, smearing the notes he had jotted down in his notebook the night before.

Bowen mentioned this was not the first time he had gone to such extreme lengths to gather a quote from a recently fired head coach. 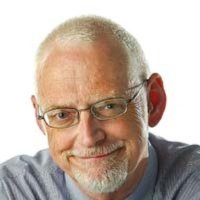 “I once sat inside a deep freezer at Shoney’s for 10 hours to get a quote from Andy Reid. He went to a Bob’s Big Boy that day and I lost three toes from frostbite, but it’s all part of the job,” Bowen recalled.

When told it was most certainly not part of the job, Bowen smiled and removed an ear prosthetic from the side of his head.

“Lost this ear after a Rottweiler ripped it off when I tried to crawl through the doggie door of Larry Brown’s house when he got fired back in 03,” he said. “I only have one good eye….had bleach thrown in my face by Ray Rhodes’ wife back in the late 90s when I jumped out of their laundry room for a quote. Great memories.”

At press time, Bowen sustained his 11th concussion of the ride after the UPS driver pushed the crate off of the back of the truck onto the driveway.

The crate reportedly sat outside of the abandoned Kelly home for 15 hours before a sweaty, dehydrated Bowen could punch through the side of his potential tomb and escape.