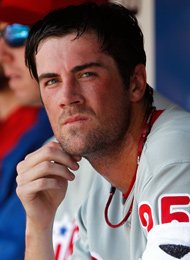 Cole Hamels was traded last night to the Texas Rangers in a move many experts are saying the Phillies gave up too much in order to bring back two talent-laden prospects.

However, while the negotiating details of the trades are kept quiet, The Coggin Toboggan has gained insider information as to HOW Andy MacPhail found out about the trade from Ruben Amaro, Jr.

It’s a fascinating insider look at how these trades are completed and what goes into making them. Did the Phillies get enough back? Was MacPhail happy with what Ruben completed?

Lets watch, shall we? 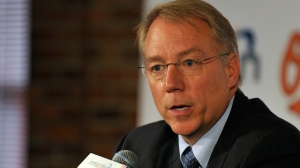 ::Sees Ruben speaking with two new prospects:: Ruben, I thought we agreed to discuss all expenditures?! We’re on a very tight payroll!

These didn’t come out of our payroll. I was able to scrape together these prospects before we left for this roadtrip.

Where’d you get those prospects?

I traded for them with the Texas Rangers.

What did you trade them?

Oh you know, Cole Hamels, a sack of marbles….::coughs:: Petey.

Petey?! You traded my dead bird to the Rangers for prospects?! Ruben, he didn’t have a head!

Andy, I took care of it.