Philadelphia, PA – Citing a need for a fourth string quarterback and a new savior, the Philadelphia Eagles announced yesterday the signing of Tim Tebow, a free agent, and Jesus H. Christ, the son of God, to one-year deals.

“We like the versatility of what Tim can give us at the quarterback position. We can easily run a spread option or bootleg him out, we like that about him,” Head Coach Chip Kelly said. “And Jesus really gives us an extra edge. He’s tall, lean, and quick. If we can get him out of those sandals and into a pair of cleats we think he can really help us in the secondary.”

The pair was a package deal, Kelly said, as Christ said he would only sign if Tebow were included in the deal as well.

Tebow worked out with the Eagles two months ago and was left unsigned, but when Jesus Christ said he would join the team if they brought Tebow on, the Eagles jumped at the chance.

“He’s light on his feet, you know that, how else would he have walked on water. That’s a huge plus,” Kelly said. “He’ll be a big plus in the commissary as well. If we ever run low on bread or fish after practices, we’ll know where to go.” 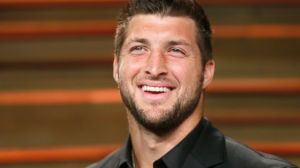 Tebow and Christ, lifelong friends, approached the Eagles with their plan over the weekend. While Tebow is expected to struggle to make the team next season, Christ will jump right into the start secondary, with many scouts predicting he’ll be one of two starting safeties next year.

Some scouts wondered about Jesus’s maturity, as reports have come out in past years about some trouble he had with money changers at a nearby temple.

Despite the risks, Kelly said the Eagles were lucky to sign Jesus, and to a lesser extent, Tebow.

“Would we rather have just Jesus? Yes, I won’t lie, but we’re glad to have both,” Kelly said. “Besides, he’s a great guy to talk too. He’s helped a few guys out so far and he’s just a great clubhouse leader.”

As of press time, the Eagles were apparently close to a deal with John the Baptist to fill a wide receiver role and to fill in as part time water boy.