Let’s be honest, nobody is going to care about anything we write on this blog today or tomorrow, because March Madness is king and we all can’t wait to watch as our brackets are busted in less than 24 hours.

So, in lieu of anything mindful, challenging, or fruitful, let’s just think of various things that Pittsburgh Penguin Phil Kessel (somehow one of the greatest American hockey players to ever lace up his skates) looks like, shall we?

END_OF_DOCUMENT_TOKEN_TO_BE_REPLACED 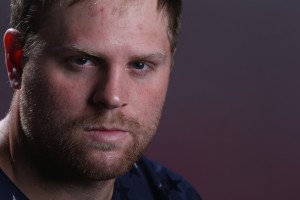 The face of a championship winning professional athlete.

Pittsburgh, PA – Just a day after the Penguins captured their 2nd NHL Championship in seven years, NHL representatives issued a stern warning to Pittsburgh right-winger Phil Kessel to keep his food-related celebrations with the Stanley Cup to a “bare minimum” when it was his turn to spend a day with the vaunted trophy.

As is tradition for a championship team, each member of the roster receives at least one day with the Stanley Cup in the offseason to do what they please. According to legend and second-hand information, players have thrown the Stanley Cup into pools during wild parties,  baptized their children in the trophy, and have even etched messages or extra names into the cup.