I admit it. My eyes have been wandering and I’ve found myself lingering for a few brief moments on Comcast, taking in a glimpse or two of the Flyers on this 8-game win streak.

I swore I wouldn’t. I swore I had cast off this franchise until changes were made, until they veered away from the status quo that has mired them in futility for DECADES, save a miraculous Stanley Cup run 9-years ago.

But I’m cracking…I cursed this franchise earlier in the season, last year, the year before, citing that they every season for the past 10 years they were always “two-years away” from relevance.

Dale Weise is a fungi.

h-energy, low-talent veterans over the inexperienced but much more valuable youngsters that languished on the bench and as healthy scratches for the past three seasons.

And Carter Hart. Dear god….Carter Hart. Far more Martin Brodeur than Maxime Ouellette in the early going, it’s been a pleasure to see a young goalie finally given a shot and actually living up to the expectations of a franchise and its fans.

Hopefully Michal Neuvirth doesn’t expect to reclaim the mantle from Hart when his papier-mâché hamstrings finally heal enough for him to play two periods and then tear them violently again.

But…but I just can’t. I’ve been burned too many times before. Do you remember two seasons ago? A 10-straight win streak, the longest in franchise history….and then they didn’t even make the playoffs.

No. No I won’t do it. I refuse to do it. I WON’T GET BACK INTO THE FLYERS UNTIL THEY SHOW ME THIS IS FOR REAL THIS TIME.

….I wonder how much a Carter Hart jersey costs?

(go buy Flyers gear by clicking the banner below) 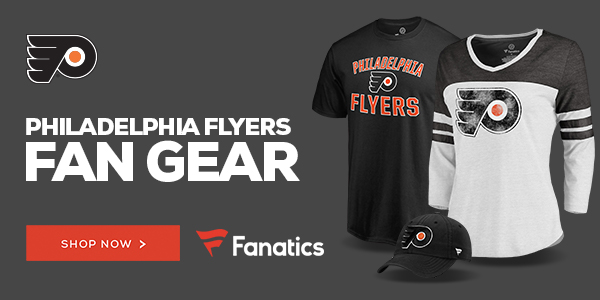