Well, well well. What do we have here? A job opening with 97.5 the Fanatic to be the station’s next programming director? The hunter has become the hunted.

Is there anyone better suited for this position than myself? A blogger with absolutely no experience producing radio programming? A former glue sniffing addict with nothing but a shoddy professional journalism background to lean on? I SUBMIT TO YOU THAT THERE IS NOT.

Sure, I know some employees at the station have recently called me a “coward” and a “joke” on social media, but when I’m the program director they’ll soon learn the meaning of respect through my patented managerial technique of childish name calling and intermittent, girlish sobbing in the men’s room.

I do know that the station needs more discipline. Do you think anyone is going to be taking time off from work to hang out in something called the Meatlocker? NOT ON MY WATCH, YOU AIN’T. That’s valuable Twitter poll publishing time, amigo.

I get it, though. I really do. I’m not deaf to my critics.

They said, “Hey, you tear down, but you never build up. You’re always criticizing, but never offering any solutions. And you’re incredibly handsome and talented, so we’re really just saying all of these mean things out of jealousy.”

You know what? They’re absolutely right. I don’t revel in anyone losing their position at the station, but this is a great opportunity to do some good. I can’t be a blogger for the rest of my life.

I am going to take that studio by the horns and mold it into my own unique image. I’ll be a benevolent, kind ruler, doling out wisdom to the peons worthy of my ruminations as they grovel at my feet and I smite my enemies.

Let’s see what the position entails and why I’m the perfect applicant:

97.5 The Fanatic in Philadelphia has an opening and is searching for its next superstar Program Director. The PD will oversee all on-air elements with a strong focus on digital sales and revenue growth. The Fanatic’s new Program Director will be expected to be accessible and sales-friendly. This candidate must be strategic and analytical but also creative and possess a passion to win. You’ll be in charge of one of America’s Best Sports Stations in America’s most passionate sports market!

Digital Sales? REVENUE GROWTH?! You think Tony from South Philly cares about FaceGram or how many Steak-Em Up ads we sold on our digital platform? ISN’T THIS INDUSTRY ABOUT THE SPORTS TALK?! I don’t worry about numbers, man, I let the squares in the back office take care of the ledger while Cuz Gargano and I chew the fat on air.

“Let me ask you, Cuz. Joel Embiid, franchise guy or a franchise fraud? AM I RIGHT OR AM I WRONG?!”

::station skyrockets to #1 in the ratings::

Oversee all on-air elements? I’ll have my fingers all over those mics, baby, literally and figuratively. I’ll really get into the nooks and crannies. Really push in DEEP AND HARD, rough but tender, a gentle but firm caress that shows I’m sensitive to their needs and yet not afraid to take charge. God, I’m so lonely.

In fact, here’s a new policy to be instituted immediately: Each show account must publish no less than 37 polls over the course of a show. Oh, you only published 36 before the midday show went off the air? YOU’RE FUCKING FIRED.

Here is the type of poll I would encourage:

Which Philadelphia Kixx legend is the greatest to ever step foot on the Spectrum pitch?

However, one thing we will be getting rid of immediately if I’m hired is “The Nooner.” Do you guys know what a “nooner” means? Believe me, nobody wants to have a nooner with any of the hosts on the midday show. Jack Torrance probably had a better nooner with the old tub woman in Room 237 from “The Shining” (timely reference) than he would have had with anyone at 97.5.

Also, what is “What up Wednesdays?” I have no idea what that is, NOR DO I WANT TO FIND OUT. But here’s what’s up…IT’S GONE. Replace it with the sound of wet diarrhea cascading over a large pizza and it will probably be just as popular as “What up Wednesdays.” Hey, make it an Anthony’s Coal Fired Pizza and it could at least bring in some ad revenue. That’s synergy at its finest.

Mike Missanelli’s “Sound Off” bit? I’d like to sound off for a second. That bit sucks. SO LONG.

But you can’t just be some jackass off the street to land an esteemed dream job like this. You have to be qualified and you have to present a professional front. Let’s see how the old resume looks and if it needs any additional polish before I apply. 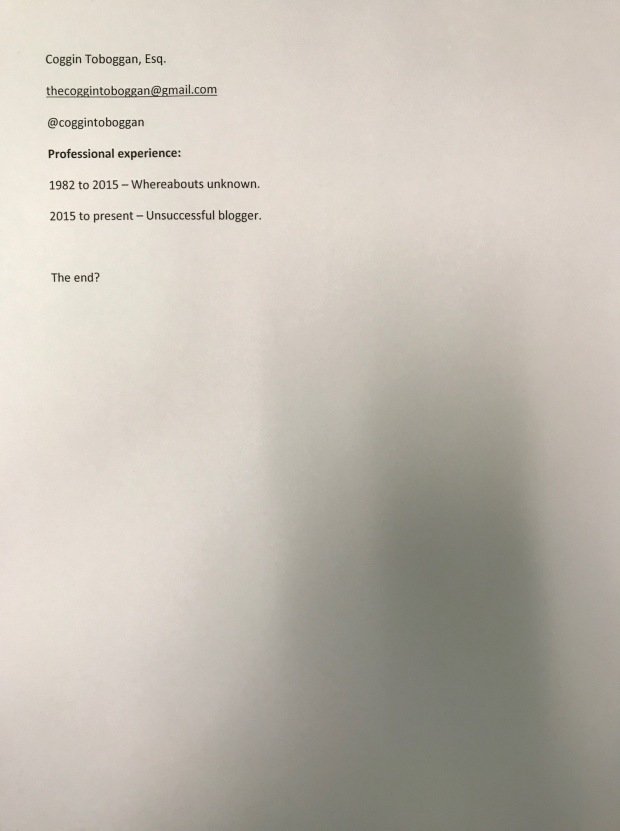 SHIP SHAPE! With those impressive accomplishments I can only assume I’ll be the most qualified and learned employee at 97.5 the Fanatic. I’m probably a bit overqualified for the position when I think about it, but I’ll slum it. I don’t mind.

However, you and I know how these things really work. It’s all politics in the end. The most qualified and respected candidate doesn’t always get the job. It’s all about who you know and who you blow.

I know how to play the game, if you catch my drift. Maybe I can make my application a little more… “inviting.” ::winks uncontrollably:: 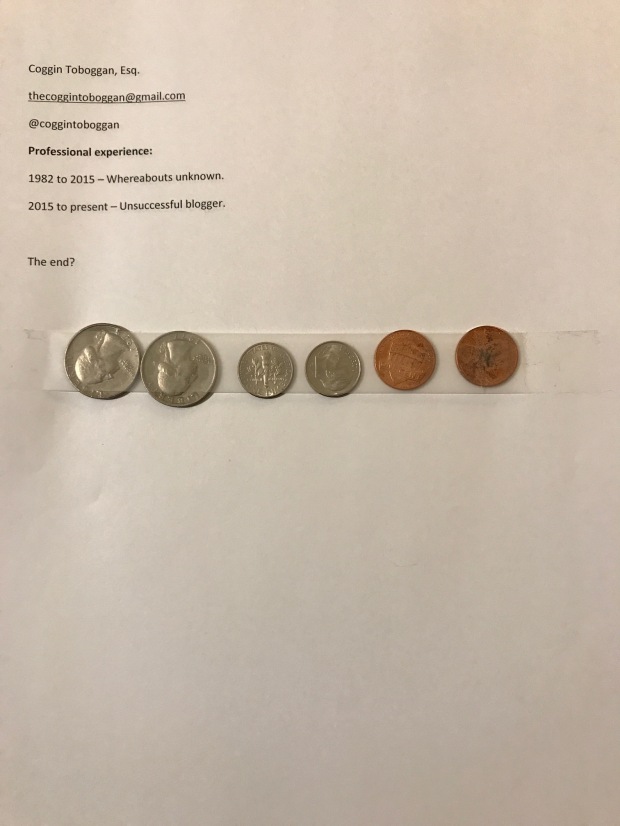 RIGHTEOUS BUCKS! That’s 72-cents, one-cent for every year Mike Missanelli has been on this earth (or so I can only assume based off his appearance). A little payola, if you catch my drift.

The ball’s in your court, Fanatic. You have my top-of-the-line application, so it’s time for you to do what’s right for your future and this city.