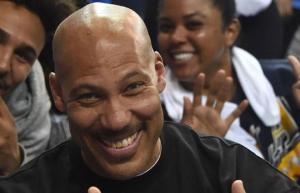 Coggin Toboggan sources have noted that LaVar Ball, father of NBA prospect Lonzo Ball, is reportedly open to working out for the 76ers prior to the NBA draft.

The announcement came as a surprise, as just a week earlier Ball had promised he would only workout for the Los Angeles Lakers and had already declined a workout with the Boston Celtics.

Team officials said they were excited at the prospect of watching the 48-year-old helicopter parent and probable mental patient shamble his way through a shuttle-run drill and struggle to make left-handed layups.

The normally reserved Ball will make himself available for questions from the media during several planned hour long breaks during the day.