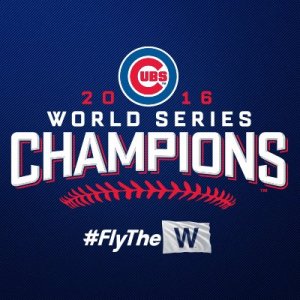 Chicago, Illinois – Kevin “Kip” Suggerson, a 107-year-old fan of the Chicago Cubs, finally got to see his beloved Cubbies bring home a World Series Championship after just missing out on their first championship in 1908.

From his nursing home in Winnetka, Suggerson sighed deeply as he watched the Cubs celebrate their victory over the Indians. He took off a Cubs cap he has had in his possession since 1932 and looked at it for several moments.

“That was it? 107 years to see them finally win a championship, and that’s it?” Suggerson said out loud, sending his frail body into a coughing fit for several minutes before he could compose himself.

“It was ok. Great game, great series…but, I mean, that was IT?” he said. “I stayed up for that? I’m going to be a wreck for the next week or so because I stayed up so late tonight and that’s it? The broadcast is already over.”

Suggerson, who lived through two World Wars, fought in one of them, quickly realized he couldn’t call or share in the joy of the victory with his old friends or loved ones, as he had outlived just about everyone.

“I guess I could call my son, Ricky, but he’s not really into sports,” Suggerson said, as a nurse helped him out of his satin Chicago Cubs jacket and got him ready for bed.

“Fuck. Maybe it wouldn’t have been so bad if that bout of pneumonia had gotten me back in 2007?”

At press time, Suggerson reportedly became much more chipper when he saw a newscast of thousands of downtrodden Indians fans leaving the stadium.