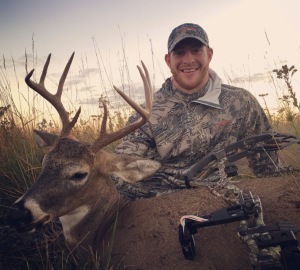 This unpublished press release has been intercepted by our moles working in the PETA national office. Apparently the animal-loving organization is turning its hateful eyes on Eagles quarterback Carson Wentz after a recent photo of him hunting deer during the bye week hit the Twitter-verse.

It’s a bold new foray into sports for the animal rights organization and it’s likely to ruffle some feathers in this city. What do you think?

Hey Carson, say no to hunting when you should be focused on the hunt for a Super Bowl

We were dismayed to see one of the brightest young stars in the NFL spending his bye week hunting deer. Animals are not ours to eat, to hunt, or are here for our entertainment, Mr. Wentz.

But, to be honest, we cannot argue with success. 3-0 as a rookie quarterback? Besting Big Ben and the Steelers on a national stage last week? NFL Offensive Rookie of the month? Touche. You can do what you want.

But we have to at least offer you some alternatives to hunting (but come on…do what you want):

So there you have it, Carson. So many things you could be doing with your time instead of hunting (wink wink) and we’re very, very disappointed that you are participating in such an antiquated and horrendous practice (we’re really not, we think you’re fabulous, but you know, we have a huge yearly budget and we need to put on certain airs).

We certainly would NOT want to meet you this week at the Reading Terminal if you’re not too busy for an autograph and some (non) vegetarian cheesteaks, you awful, awful man (we love you so much).

At this point in time, I’d like to remind all PETA lawyers that everything on this site is fake.