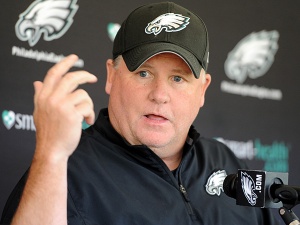 Philadelphia, PA – A “mega-deal” offered by Chip Kelly one year ago to the Tennessee Titans for QB Marcus Mariota was actually far richer than is being reported by media outlets this morning.