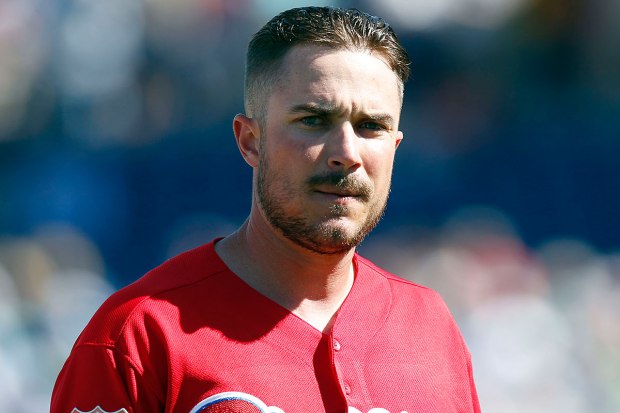 Brock Stassi lowered his guard for a few moments yesterday and cried tears of joy after being informed he had made the Phillies 2017 opening day roster and quickly realizing that it would go all downhill from this point onward.

Stassi told reporters he would forever savor this moment before the city inevitably turns on him for his poor play.

“This is what everyone who has ever played an inning of little league dreams of. It’s been a long journey, drafted in the 33rd round, all those years in AAA, it makes this all the more satisfying,” Stassi said.

“I can see it now, by June I’ll be hitting .220 in limited plate appearances, the sports talk stations will begin to wonder why the Phillies are wasting a roster spot on me, and fans will start to grumble every time they hear my name announced on the PA system at Citizen’s Bank Park when I’m called upon to pinch hit in a key situation, knowing full well I’ll likely ground out into an inning ending, rally killing double play. It couldn’t be more perfect.

Stassi added that he was already planning out a series poorly thought out social media miscues blaming the fans for not supporting him during his struggles in July.