He’s still green. He’s still morbidly obese (less so now). He still hails from the Galapagos Islands and never saw a bald head he didn’t want to shine. But a funk now emanates from his green fur – more so than the normal mildew odors baking in the August humidity – an aura of negativity that creeps into your brain like cheap, money hungry tendrils overwhelming the synapses of your mind that control the last vestiges of pure positivity and happiness you can experience.

The once incorruptible has become sullied. By who? Well it depends on who you ask, but the big green guy isn’t the same anymore, in appearance or attitude.

The changes to the Phanatic are fine. The reasoning behind them SUCK.

For anyone who doesn’t know, the Phillies are embroiled in a heated and personal lawsuit with the Phanatic’s original designers, Bonnie Erickson and Wayde Harrison, who created the original Phillie Phanatic back in the late 70s.

A federal law allows artists to renegotiate the rights to their work after a 35 year period and Erickson and Harrison believe they are deserving of the rights to the Phanatic. The Phillies believe a 1984 copyright agreement and a $250,000 payment to allow the franchise to use the Phanatic “forever” is enough.

So who is right? Seems both parties have a claim to the fun-loving mascot, but the attempted legal wrangling by the Phillies has put a sour taste in some Phillies fans mouths.

The past weekend the Phillies debuted the “new” Phanatic. He was slimmer, had a festoon of light-blue feathers around his eyes, scales (or feathers?) under his arms, new shoes and brighter tail-feathers as part of the redesign.

It was a transparent attempt to skirt around the copyright issues at hand. The new Phanatic didn’t “evolve” … they slapped a few stickers on him, changing his haircut, gave him wings for some reason and hoped nobody would give two shits, all in the name of progress.

The changes are whatever. They’re a big nothing, but the reasoning behind them is worse than a Ben Davis joke in the late innings of a blowout loss. It’s insulting and insanely unentertaining.

Is it worth the bad press? Is this all worth it? Are Erickson and Harrison being unreasonable? Maybe. Should the Phillies throw a few million their way and hope they go away? God yes. Please just hand them a briefcase of unmarked bills, give them a slap on the ass and send them away forever.

Don’t drag this out. The longer this goes on the more idiotic changes will have to be made. By 2022 the Phanatic will be orange and have an animatronic mouth that spouts socialistic propaganda at impressionable youths in the grandstands.

Give them their money, send the creators packing and let’s get on with our lives with the original Phanatic.

Use the link below to buy sweet, sweet original Phanatic and Phillies merchandise before they change all that too. 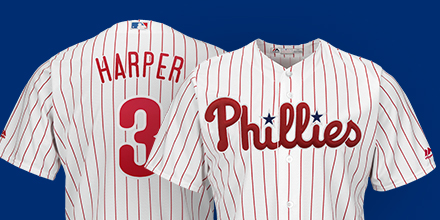