Decades old JFK Files were released to the public yesterday, long censored by the government and released for public consumption for the first time since John F. Kennedy’s assassination on Nov. 22, 1963.

We love a good conspiracy theory at the Coggin, and after we dug through THOUSANDS of files, we started to notice something, well, a bit off.

A series of newly released photos immediately prior to JFK’s assassination and immediately after show a lone figure that had previously been cropped out of the images. These photos, which were censored by the U.S. government, are the biggest break in the case since Lee Harvey Oswald was arrested.

It is our theory that 97.5 the Fanatic afternoon host Mike Missanelli had a hand in the cover up of the JFK assassination.

Seems implausible? Take a look at this photo of JFK driving through Dealey Plaza moments before he was shot after the jump. 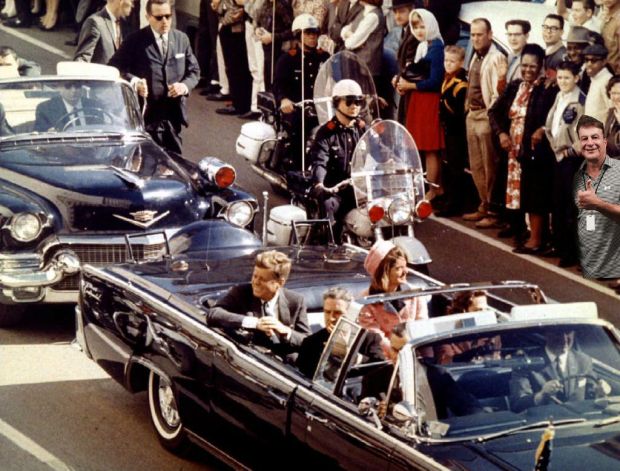 My god. It’s Missanelli alright, trying to blend in and be chipper during the big moment with thousands celebrating Kennedy’s return to Texas.

Well okay, that could just be a coincidence, right? He looks happy to be there, no big deal I’m sure.

Until you see this picture of the grassy knoll moments after Oswald’s shots rang out. 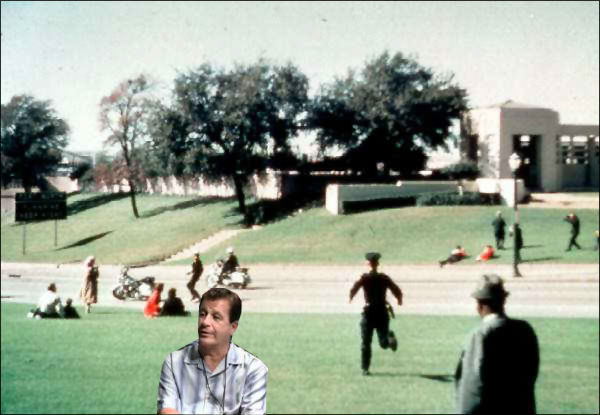 It’s Missanelli. Again. Looking far too calm as chaos reigns around him. What is he looking at? He is actually TURNED away from the presidential caravan. Is he running from something? Ordering the second shooter at the grassy knoll to get down and stay out of sight?

But surely it ends there, right? 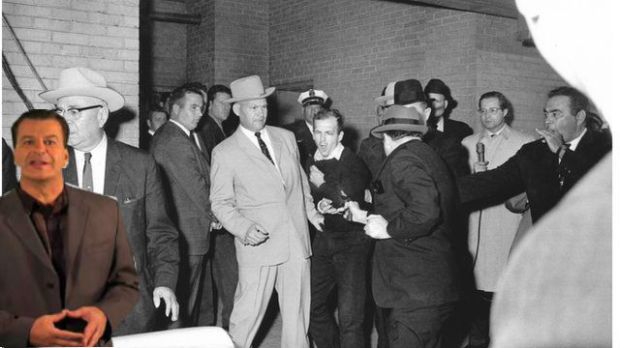 How did Missanelli gain clearance to the escort of Oswald to another prison on the morning he was shot and killed by Jack Ruby? Notice how close he is to Ruby…he easily could have intervened, he’s a mere few feet away from the assassin, but he’s “conveniently” not paying attention at the exact right moment.

Sure Mike. Maybe he was there to keep anyone away from RUBY who would stop him from completing his mission from the U.S. government to kill Oswald and hush up any leaks of their involvement.

There he is again, watching the final piece of the puzzle fall into place as Lyndon B. Johnson is sworn in as the 36th president of the United States, his mission completed.

Now, we’re not saying Missanelli pulled the trigger himself, but how could he have been at Dealey Plaza, on the grassy knoll, at the Oswald assassination and at the swearing in of Johnson and NOT have something to do with a massive governmental conspiracy to keep the truth from the U.S. public?

Somebody on the national stage wanted JFK dead, and Missanelli was allegedly the man to get things done.

We’re under the looking glass, people.