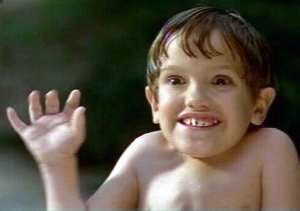 The Coggin Toboggan has an anonymous, high ranking source in the Philadelphia 76ers front office willing to provide the blog with all of the up to date moves Sixers GM Sam Hinkie makes during the season. The CT will keep its readers updated on all of the trades, free agent signings and special promotions the 76ers have planned for the future.

The Coggin Toboggan has long been a fan of Sam Hinkie’s “process” as it has become to be known in Philadelphia, but we just cannot get behind his decision to sign this horrific young man to a one-year deal.

Current status – Annoying anyone who sees repeats of his movie on TBS at 2 a.m.

Pros – Has extreme kickability, which cannot be taught. Despite his stature and general annoying disposition to life and dedication to Christianity, seems to generally get people to enjoy his presence.  Taught a nation to open its hearts again in the harsh year of 1998. Saved a busload of children after it crashed into a lake one foggy morning. Showed the world that big things do indeed come in small packages.

Cons – Drove the author of this article to near madness when his movie was being advertised nonstop in 1998. Hit a foul ball in his one at bat in Little League, which struck and killed the only mother figure he ever had in his life. Died while trying to save the children from the sinking bus. Swimming skills are subpar. The site of him enrages even the most level headed human being.

Outlook – Not even fun to think about, even in a satirical article. I hated this movie so much when it came out I wanted to put my fist through my television each time I saw it advertised. I actually caught the movie one day while I was hungover and it was one of the worst things that I’ve ever seen. He’s an annoying little shit who kills his step-mother with a poorly hit foul ball and makes people feel bad about themselves. Fuck you Simon Birch, I will always hate you.