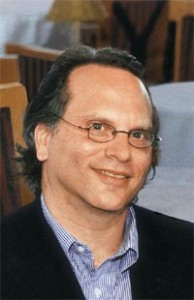 Philadelphia, PA – In stunning news today, noted curmudgeon and extraordinarily talented journalist Buzz Bissinger announced he would be “looking on the brighter side of life and sports” in a new column he will be writing for the Philadelphia Inquirer.

The column, which will be called “The Power of Positvity and Beyond” will appear daily in the Inquirer and will focus on the lighter side of sports.

“I feel like I’ve been just putting out too much negative energy into the universe for the past several decades. Sure my work is thought provoking, interesting and award winning, but there’s more to life than just ground breaking journalism and hard hitting news. I want to start focusing on the great things this world and this city has to offer,” Bissinger said. “Like the effort from the Phillies this year. Can we give them a round of applause? They came out and played hard each game. Great organization.”

Bissinger said he was horrified at hearing himself over the radio yesterday when he appeared on both 94 WIP and 97.5 The Fanatic to voice his displeasure over the “fraud” Chip Kelly.

“I took a long, hard look in the mirror and didn’t enjoy what I saw. I thought to myself, ‘you know what? If you don’t have something nice to say, than maybe you shouldn’t say anything at all.’ I love by those words now,” he said.

Bissinger said his first column would likely focus on Nick Foles and he would write a lengthy apology to the former Eagles quarterback.

“Nick is a great guy and I was completely wrong about his character. Sure I was blind with rage when he refused an interview and I punched the walls of my home for days, but everyone has the right to say no. I know that now. Nick, I apologize, you’re a great quarterback and a great man. Good for him for standing up to me, that’s the real mark of a man right there.”

“No really, I actually was so infuriated I went blind for three days. It’s no way to live. It’s just sports journalism, right? Nothing too serious about it. Maybe I’ll actually start a blog or write for Deadspin, I love those guys. They work hard and do good work.”

As of press time, a bound and gagged Buzz Bissinger was found in the basement of his Philadelphia home. The fake Bissinger is still at large.