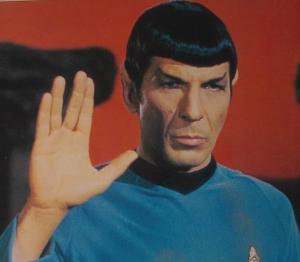 He was obviously playing some kind of an alien, right?

Well, tragic news today as the world mourns Leonard Nimoy, who passed away earlier this morning at the age of 83.

The, ummm….the actor? Yes, the actor I suppose, lived a long life and enjoyed popularity that spanned through several years? No, sorry, decades? Ok, decades, yes, that must be right, those media stills look fairly old.

Best known for his role as some kind of alien thing on what looks like a television show, but also I see here he was described as a movie star also, so he probably played that character a few times in his life. His pointy ears were obviously prosthetic, I believe anyways…he couldn’t have had ears like that in real life, right?